*The releases for Happiness have a 1999 copyright date on them and Discogs lists 1999 as the release date but most internet sources indicate that it was actually released in 2000.

This is the only vinyl release for the Happiness single. The b-side, Son of Sam, is an alternate version from the one that appears on Figure 8. Following Happiness, there is a 47 second clip of the A Murder of Crows song called Take a Fall (rather than The Gondola Man which follows Happiness on Figure 8). It has the artwork that is used on all other pressings of this release. It is in a fold out sleeve that is connected at the bottom. No information is given about the artwork. Barcode according to Discogs is 7 8950-76140-7 0.

Some photos taken from discogs.com.. 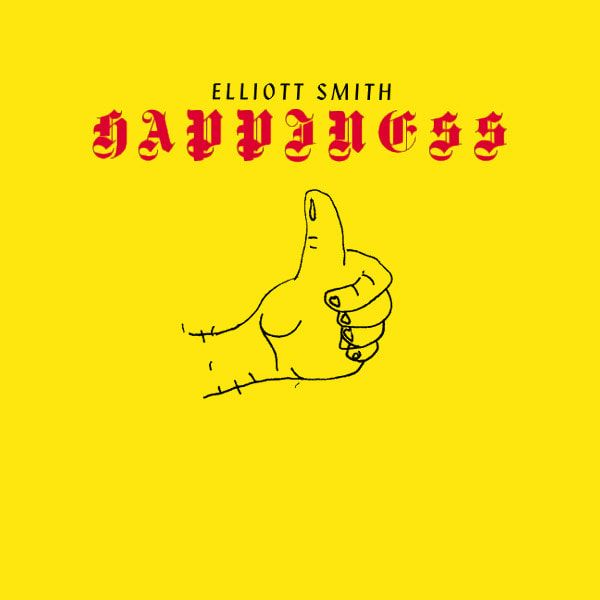 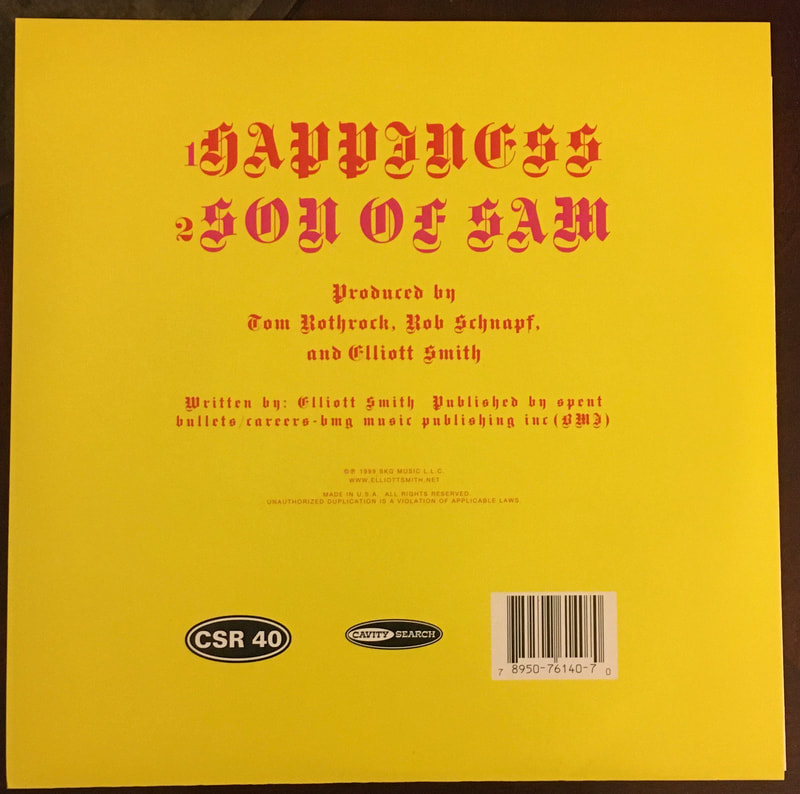 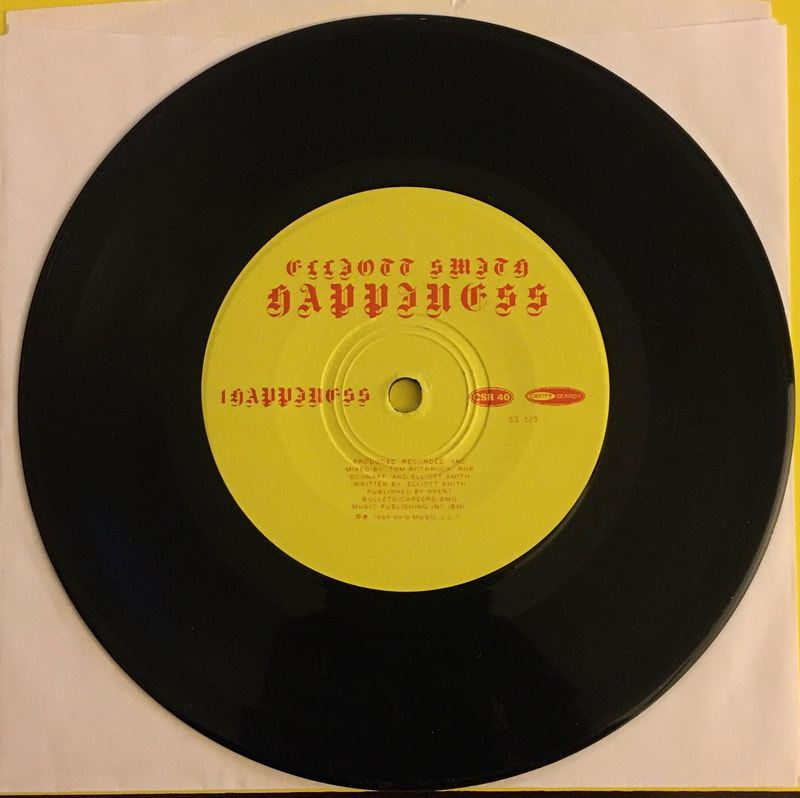 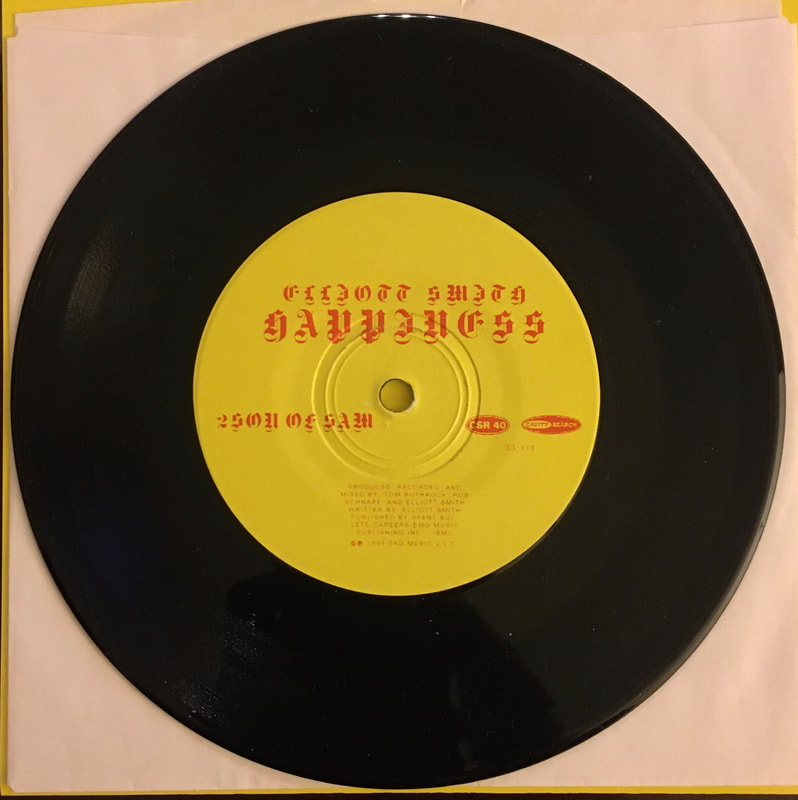 This US CD single comes in a cardboard digipak. The art is the same as the 7" single. However, it does add some extra art features on the inside of the cover and in the clear area behind where the CD goes. It also comes with a circle postcard addessed to Dreamworks that people could've filled out with their information to join an Elliott Smith mailing list. Like the 7", the b-side of the CD single is an alternate version of Son of Sam.  A;so, following Happiness, there is a 47 second clip of the A Murder of Crows song called Take a Fall (rather than The Gondola Man which follows Happiness on Figure 8). Barcode/matrix info according to Discogs: 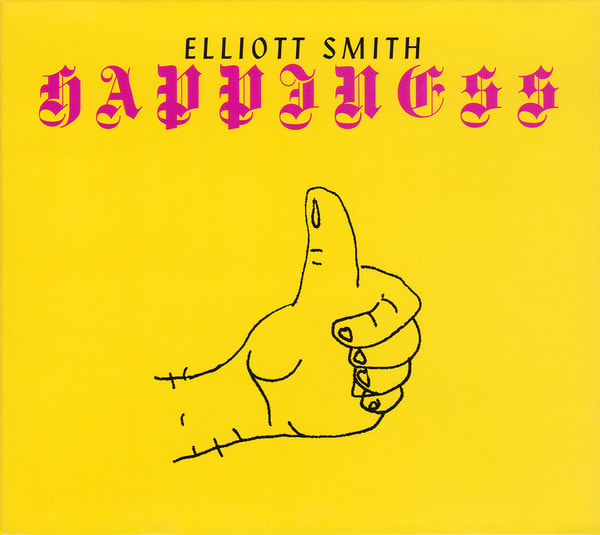 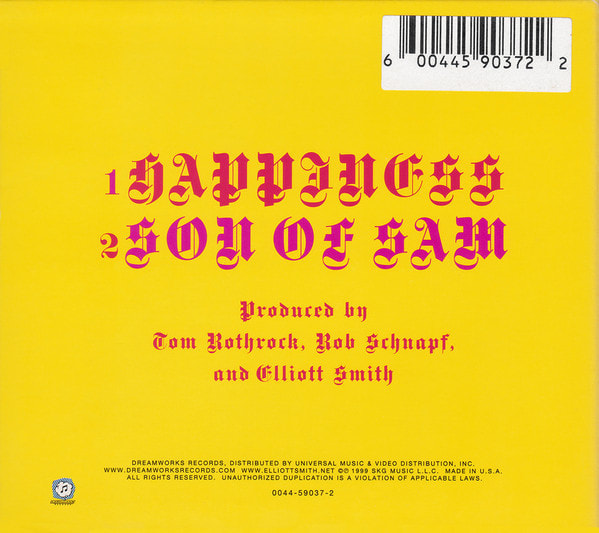 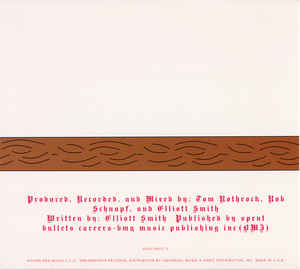 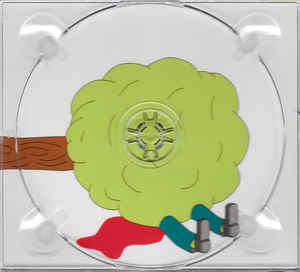 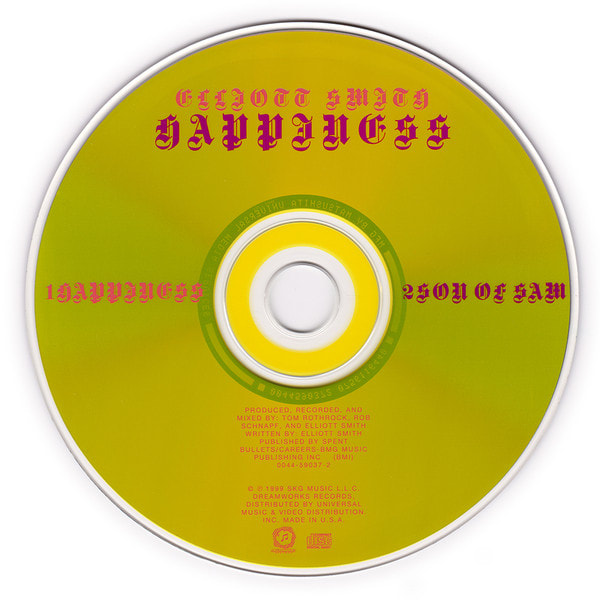 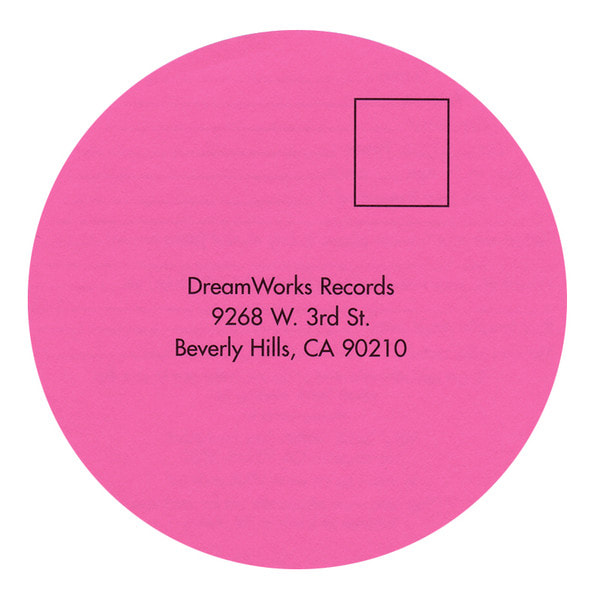 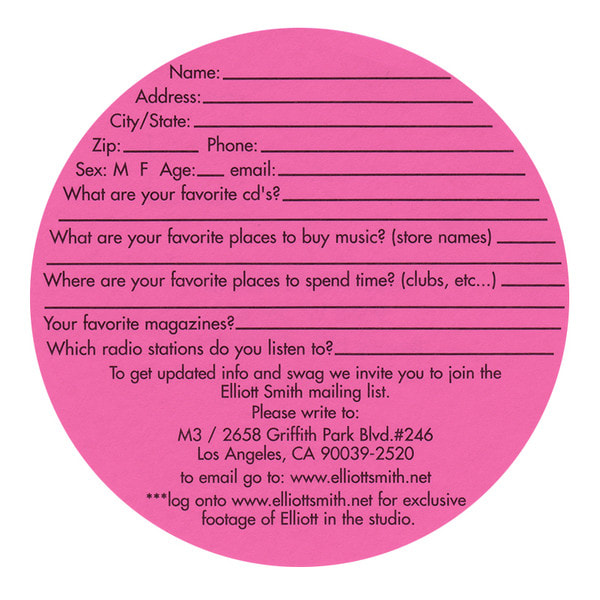 This is a US promo CD single for Happiness that comes in a standard jewel case. There is not a catalog number on the spine but 15148 is printed on the CD so that may be considered the catalog number. The front artwork is basically the same as the commercailly released CD except that the drawing and the text are all slightly smaller on this version. This is probably due to the need to fit it on to a smaller surface since the jewel case front insert is smaller than a digipak cover. The back insert is mostly blank other than info at the bottom about GKS, the company that physically made the CD. The face of the CD is completely different than the commercial CD. Here it is silver and much more plain. It doesn't use the intricate font of the commercial CD and just lists the basics (Elliott's name, song titles and lengths, and record label info along with "advance cd promotional use only"). The songs on this CD are Happiness and Son of Sam (acoustic).  Also, following Happiness, there is a 47 second clip of the A Murder of Crows song called Take a Fall (rather than The Gondola Man which follows Happiness on Figure 8). 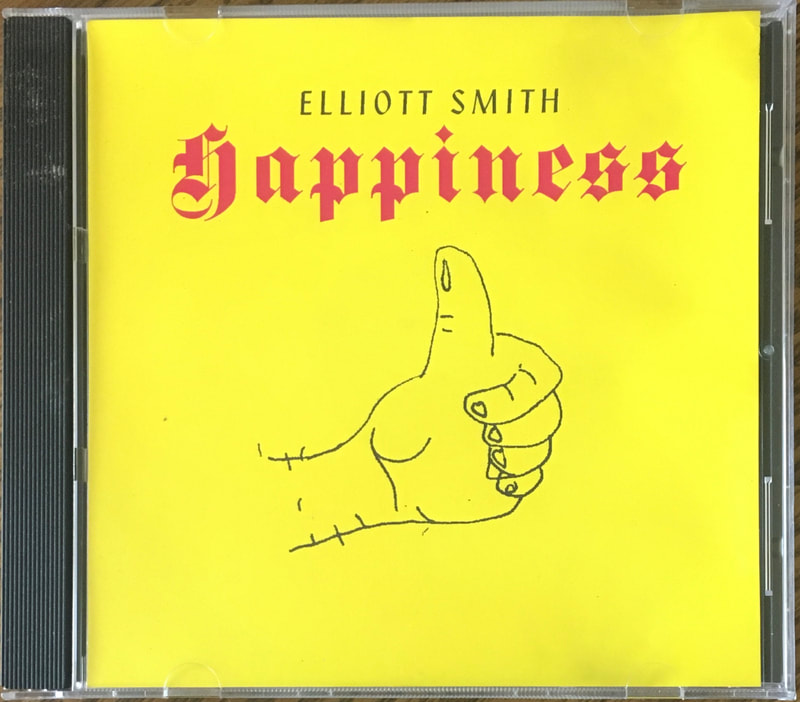 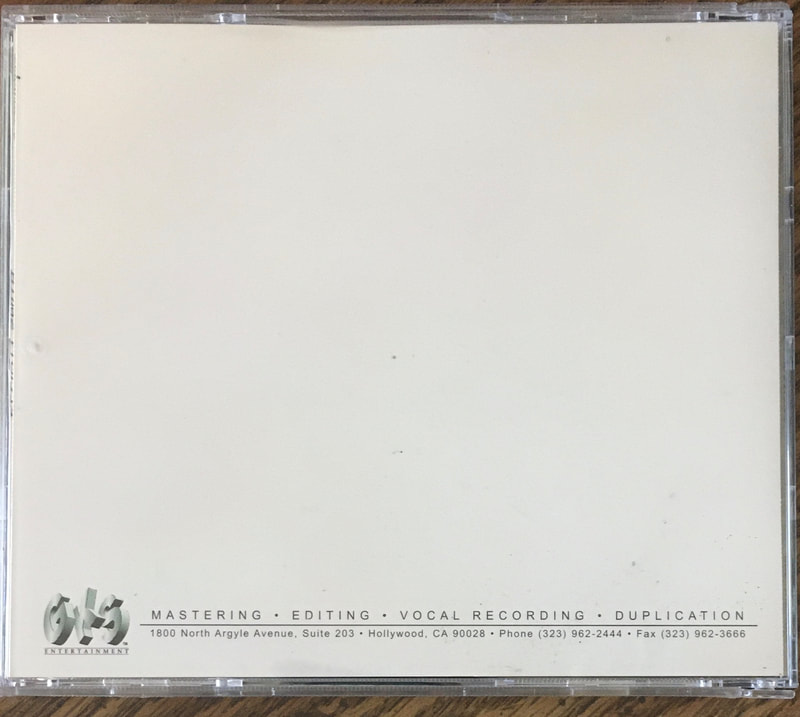 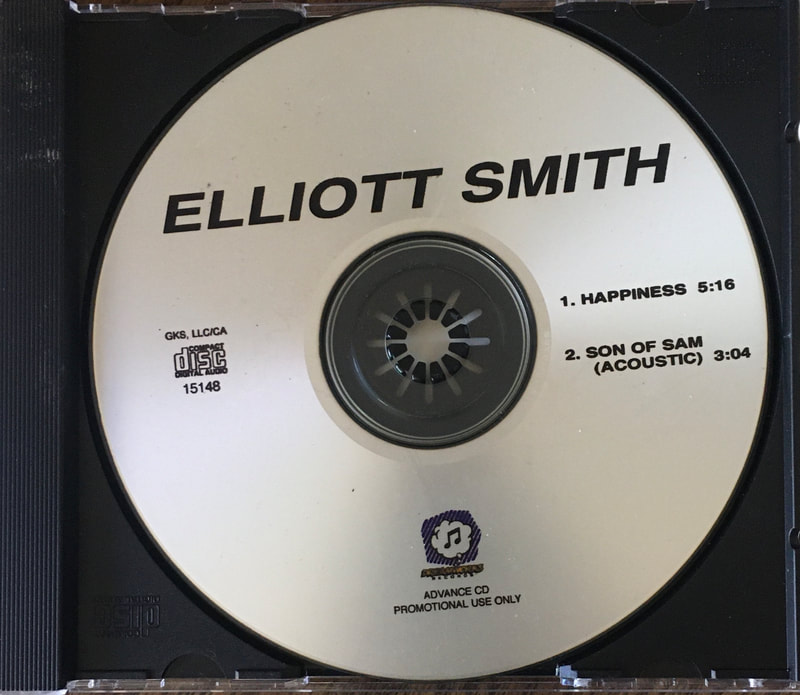 There is pretty sparse info about this pressing on Discogs. It states that it comes in a digipak. Also, it has the same tracklisting as all other pressings of Happiness. No photos that are specific to this pressing but presumably the art and packaging is basically the same as the US CD single.
Back to Main Page
About this Page/Contact