These are some miscellaneous Elliott Smith items that I decided didn't quite fit on any of the other pages of the discography. It was just a judgment call, perhaps some of them belong on another page or warrant their own page. But I've put them here for now.

This promo cassette was released to promote the 1996 tour that Elliott did with The Softies. It was a co-release from K (The Softies label) and Kill Rock Stars (Elliott's label). It has five songs from each artist. Elliott's songs on the cassette are Coming Up Roses, Needle in the Hay, Clementine, St. Ides Heaven, and Single File. It comes in standard cassette packaging with a drawing on the front cover along with The Softies info on the left side of the cover and Elliott's on the right side. It states that it's a promotional copy and not for sale. On the cassette itself, Elliott's side has his name written in his handwriting font and the Kill Rock Stars logo. The Softies side has their name written in their typical font and a K logo. The cassette itself and the packaging both have information on contacting promotional people at K, Kill Rock Stars, and Girlie Action. 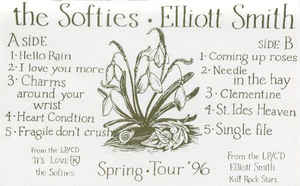 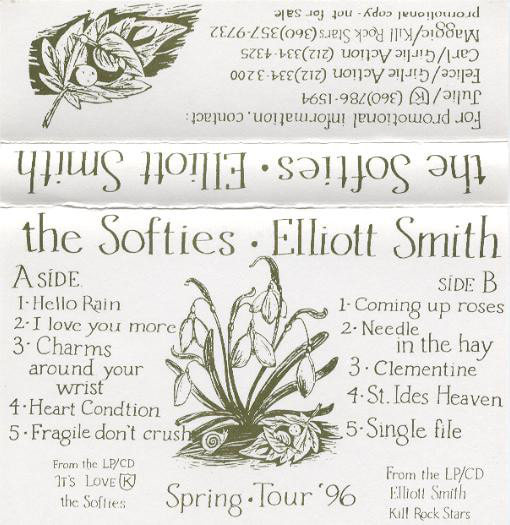 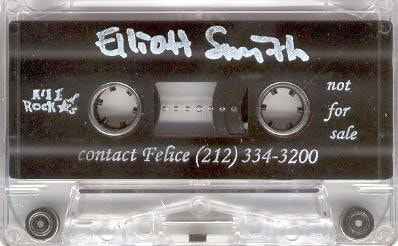 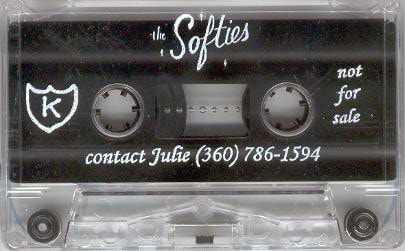 There's not a whole lot of information about this one on its Discogs listing. It appears to have been released in 1997. The photo on Discogs appears to not be the correct photo. The one pictured in the listing looks like three CD's that  seem to be the regular promo CD's from Domino for the first three albums, with all songs from those albums on the CD's. But the song listing for this item on Discogs shows it to be an actual sampler. That is, it has several songs from the first three albums (and also Some Song) but does not have complete albums. It also appears that it is probably on a single CD. Some info listed on Discogs also states:

This three CD box set was released by Domino in the UK in 2001. It was given its own catalog number, independent of the catalog numbers that each CD already has. It comes in a unique cardboard sleeve that all three CD's slide into (see photos). The back has photos of each album cover and complete song listings. Photos taken from discogs.com. 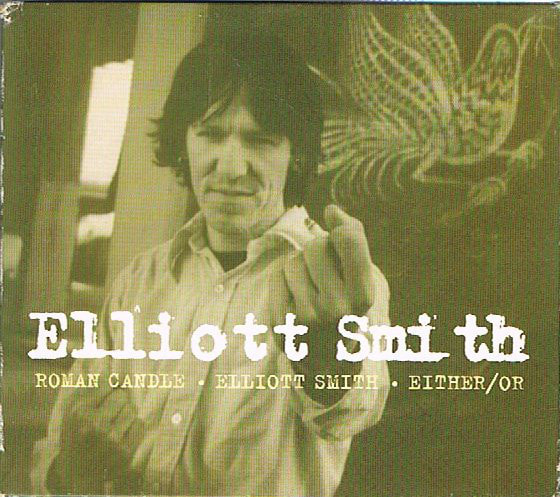 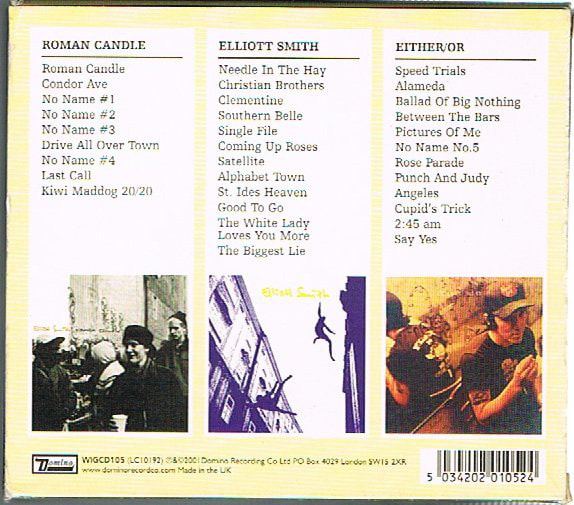 This live CD was included in copies of Autumn deWilde's book about Elliott. It contains live versions of Angeles, Between the Bars, Clementine, Clouds (Quasi cover), and All My Rowdy Friends (Have Settled Down) which is a Hank Williams Jr. cover. All were recorded at Largo in Los Angeles. Photo taken from discogs.com. 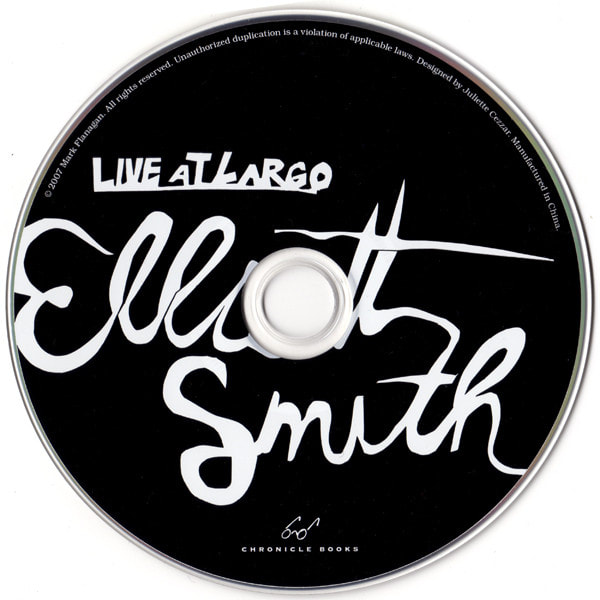 This is listed on Discogs as a promo cassette with an interview with Elliott. It's listed as being released in France but no release year is stated. If you have more info on this, please let me know. I really don't know if this is a legit release but could very well be a bootleg/unofficial release. Photo taken from discogs.com 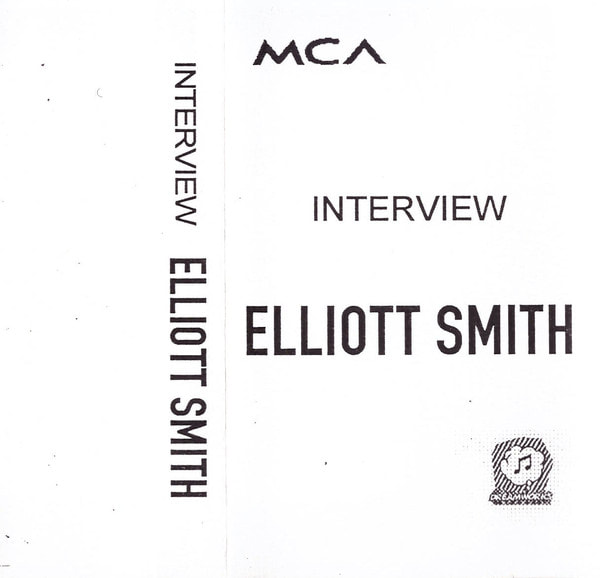 Back to Main page
About this Page/Contact