Son of Sam
A Living Will

Son of Sam
A Living Will
Figure 8

Son of Sam wasn't released in the US commercially. It was released only on this promo CD. It comes in a standard jewel case. The front artwork is not the same as the commercially released 7" and CD. Instead it's got one curvy line that appears to be from the Figure 8 wall and then has a hand on it that looks to be holding the S in Son (see photo instead of relying on that bad description). The back cover is more similar to the commercial releases, it has the same photo of Elliott wearing an LA 84 shirt. According to the back cover, photos are by Autumn deWilde and art direction and design are by Autumn deWilde and Dale Smith. It doesn't have any of the standard b-sides, instead it plays the album version of Son of Sam and Son of Sam (acoustic). It states that it's for promotion only and not for sale. 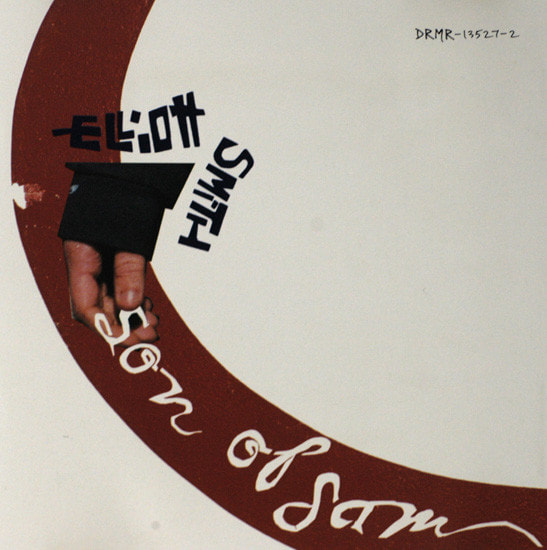 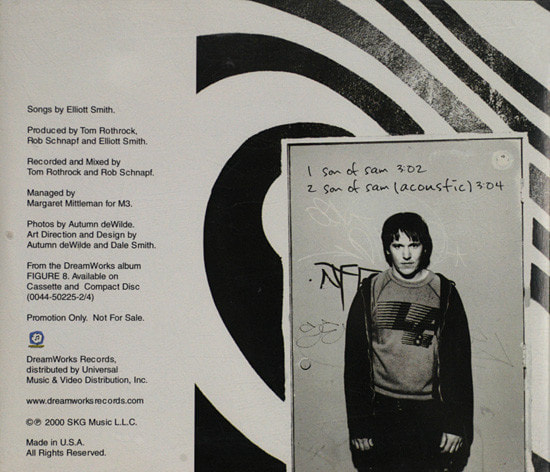 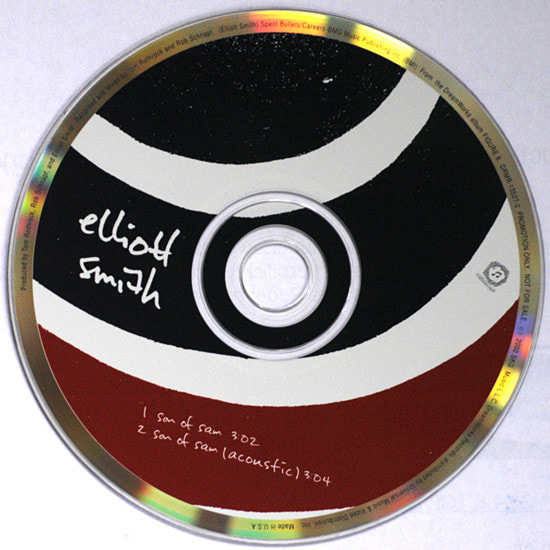 This promo CD is in a cardboard sleeve and the CD itself is actually a CD-R. It has just the one song, Son of Sam. The cardboard sleeve is a generic Polydor sleeve that then has a sticker put on top that mentions the info specific to this release. The writing on the generic sleeve and the sticker are in French so presumably this promo CD was released in France around the time of Figure 8's release. There is no mention of a catalog number at all. The CD face has logos for Polydor, Universal, and Dreamworks. 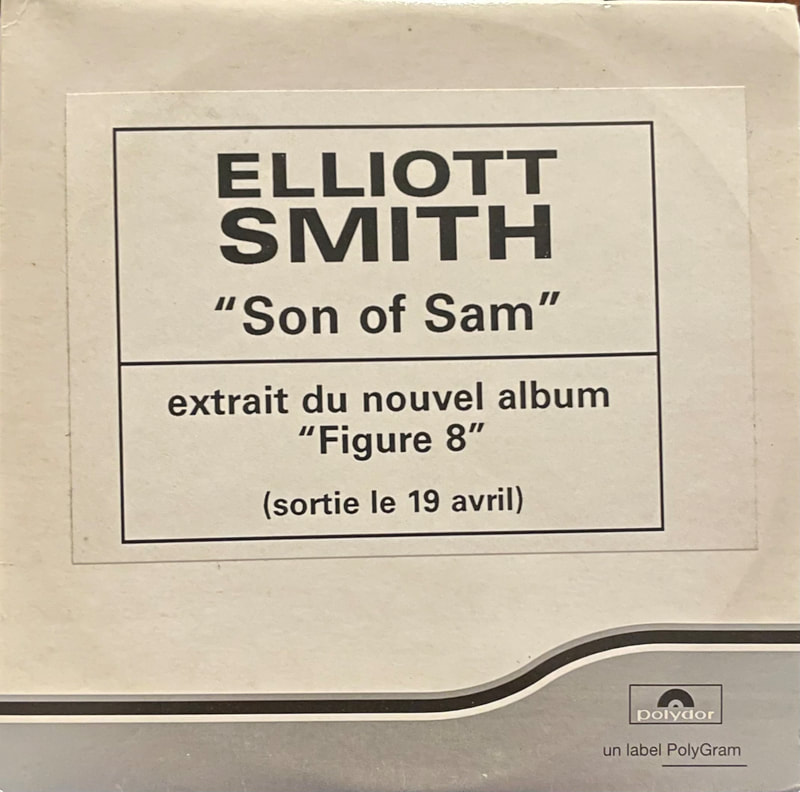 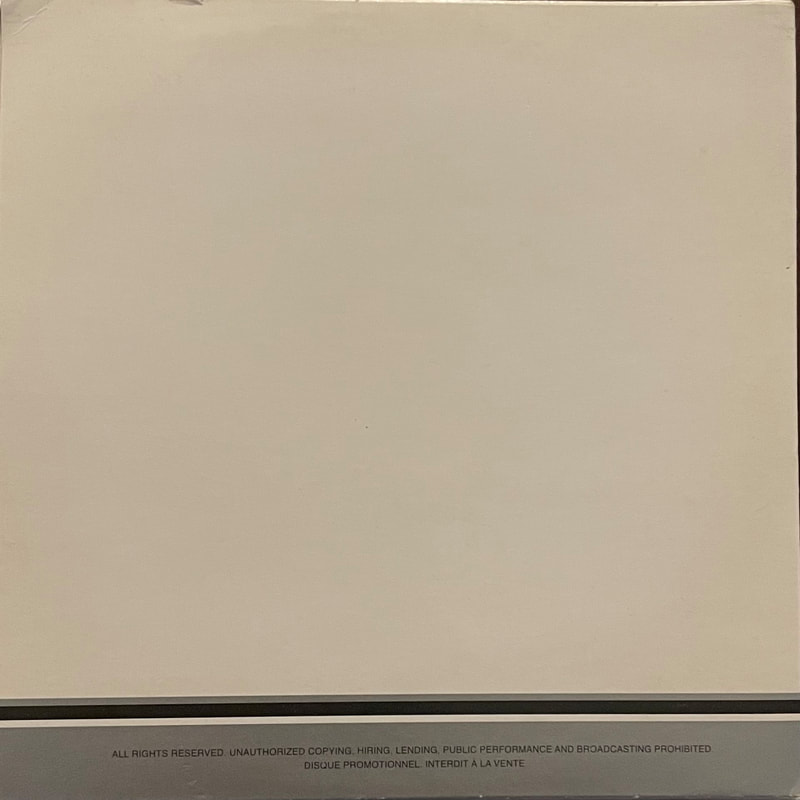 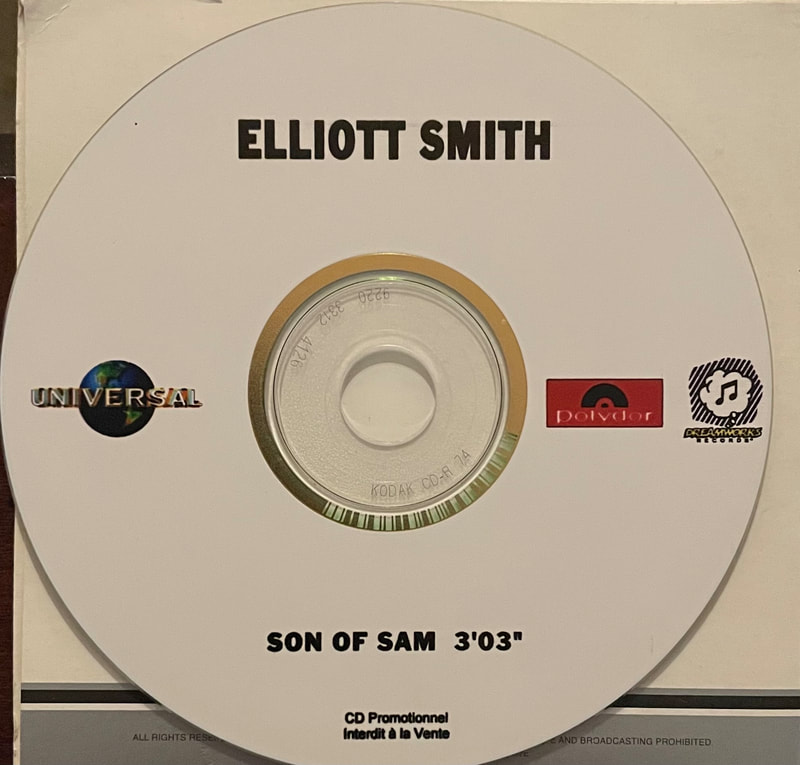 This is the only vinyl pressing that's ever been released for the Son of Sam single. It comes in a standard 7" sleeve (not fold out) and has A Living Will as the b-side. Photos and art credits are the same as the US promo CD listed above but this release has the normal Son of Sam artwork where it says Elliott's name with shoes underneath. Barcode/matrix info according to Discogs: 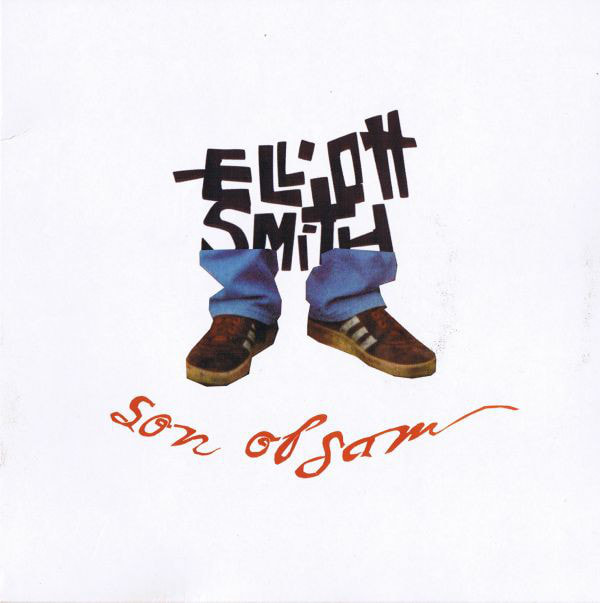 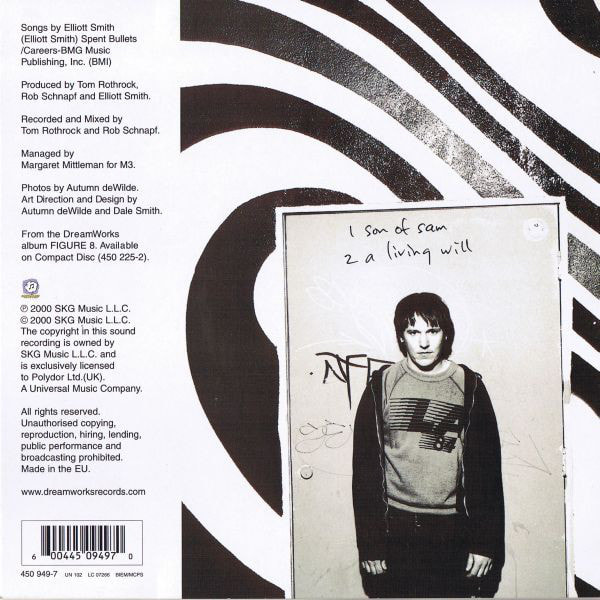 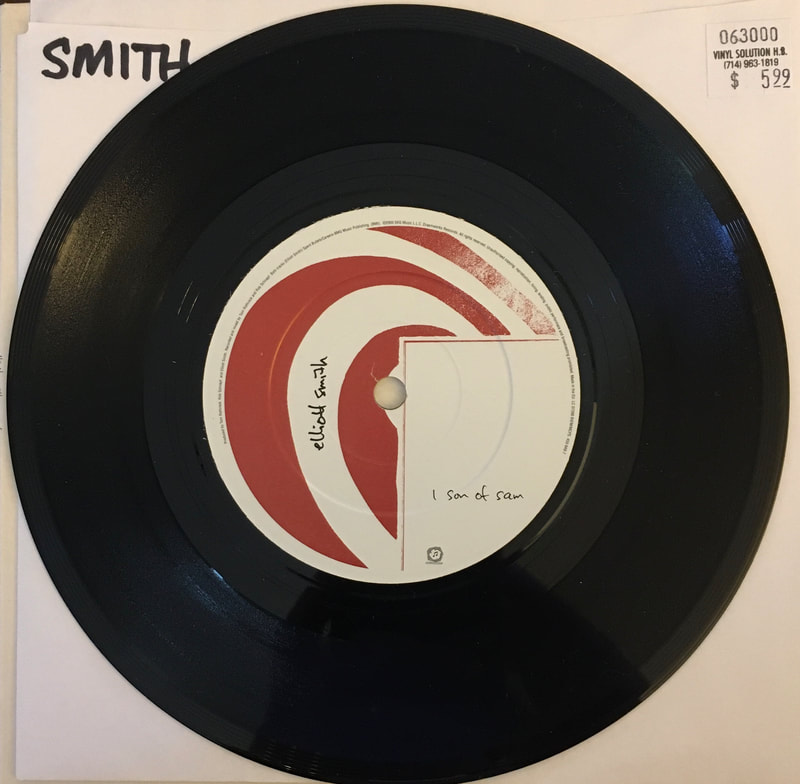 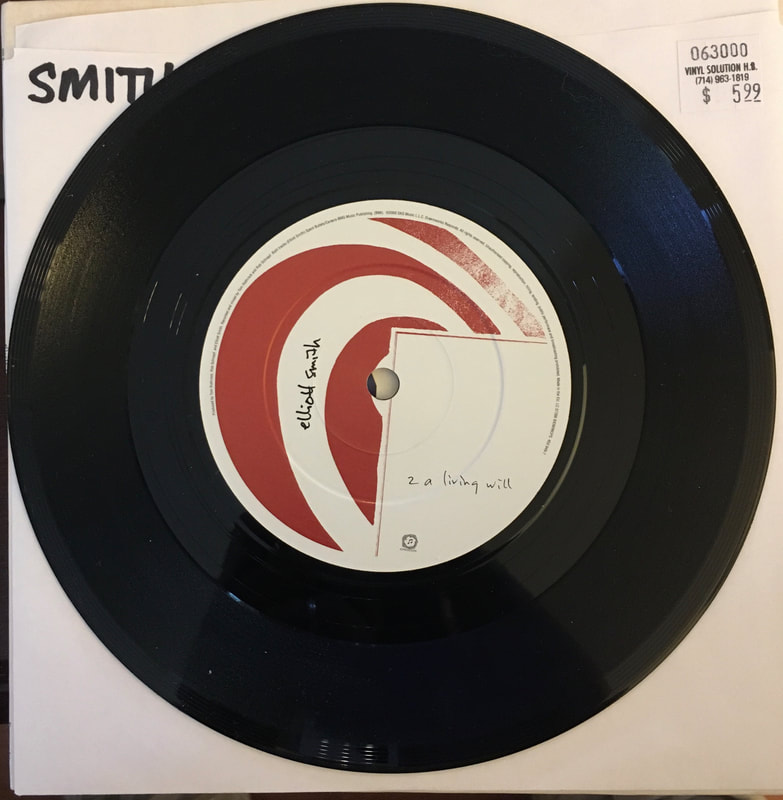 The front and back artwork of the UK CD single are basically the same as the 7" single. This pressing comes in a digipak. One main addition is on the inside panel of the digipak where the three song titles are written in handwriting with the hand that appears on the US promo CD again being present. No other pressing of  Son of Sam has the song titles written  all together in  this manner.  The b-sides are A Living Will and Figure 8. Barcode/matrix info according to Discogs: 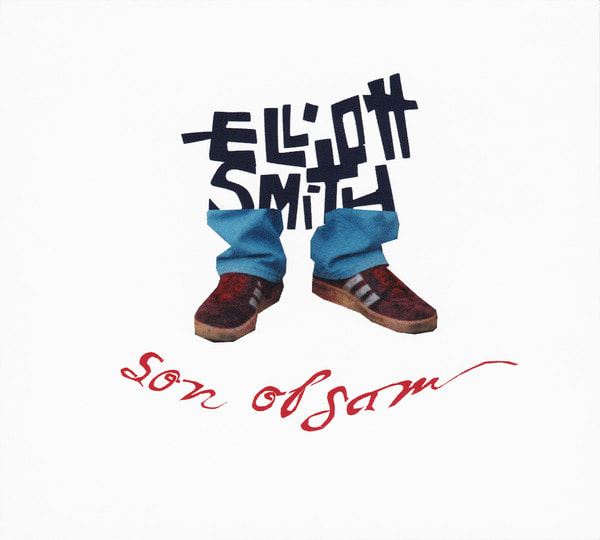 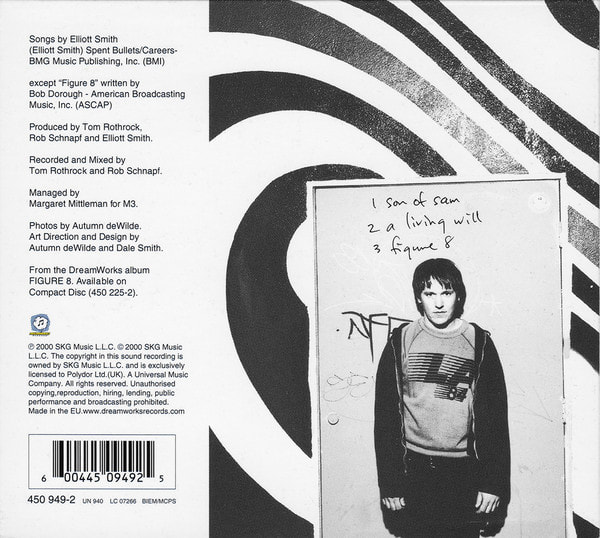 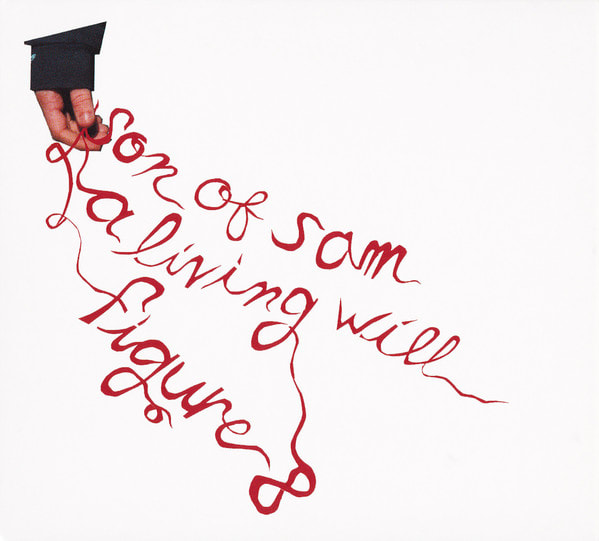 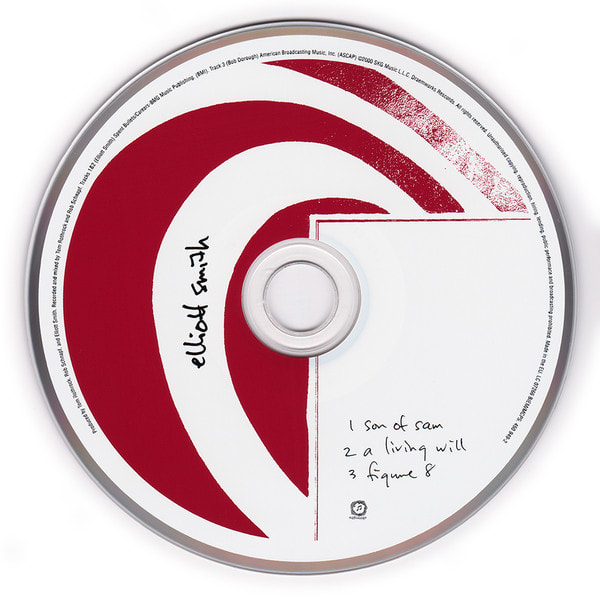 This promo CD comes in a slimline jewel case. It has  similar but slightly different front artwork compared to the US promo CD. The swirly line with the song title is still there but it's missing the hand and also Elliott's name is written in a different place (see photos from both entries). This is a one track promo, just the album version of Son of Sam. It states that it's for promotional use and not for sale. The face of the CD also has a unique design that is different from either of the two CD entries above. Matrix info according to Discogs: 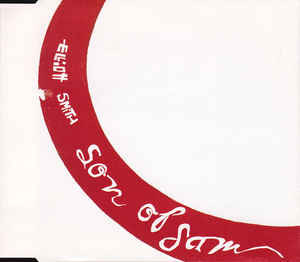 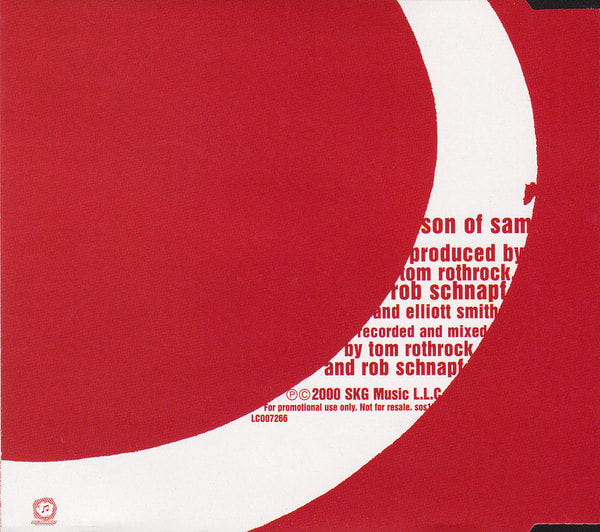 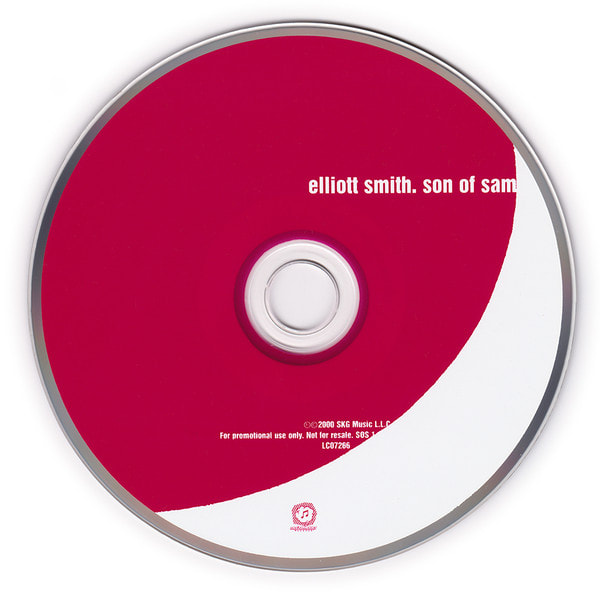