Ballad of big nothing

Ballad of Big Nothing
Some Song
Division Day

Ballad of Big Nothing
Angeles
Some Song
Division Day

Ballad of Big Nothing
Division Day

Ballad of Big Nothing was released as a single in the UK only and it was released in 1998, the year following its inclusion on the Either/Or album. It appears the exact release date was June 29. There's a sticker on the front of some of the promo CD's that mention that date. That was a Monday and UK releases used to come out on Mondays back then, so that makes sense. The artwork for this single uses the same drawing that was used for the Speed Trials single, cover art by Carolyn Garcia. Instead of a fold out sleeve as was used on Speed Trials, this single has a full, standard 7" sleeve. The background color is still green although a brighter green than Speed Trials and the writing and art is now in yellow rather than green. The 7" single includes an insert from Domino that could be sent in to receive more information on the record label and its releases. Barcode/matrix info according to Discogs: 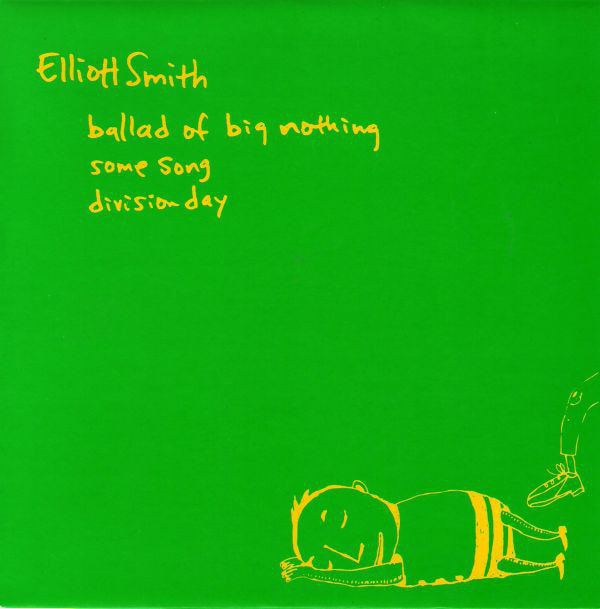 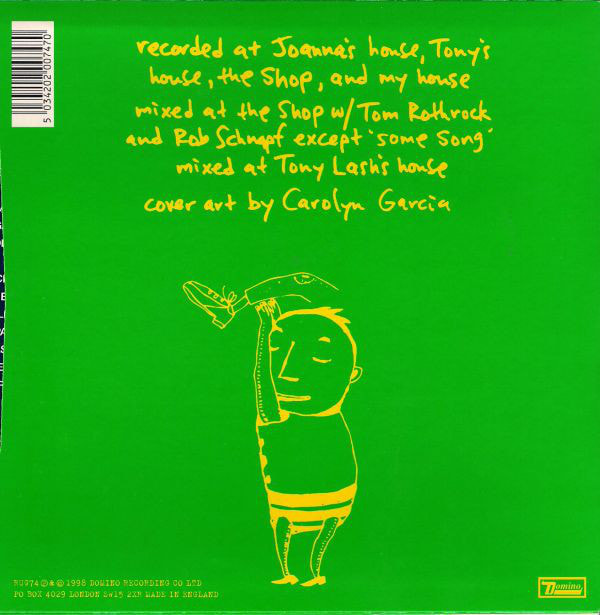 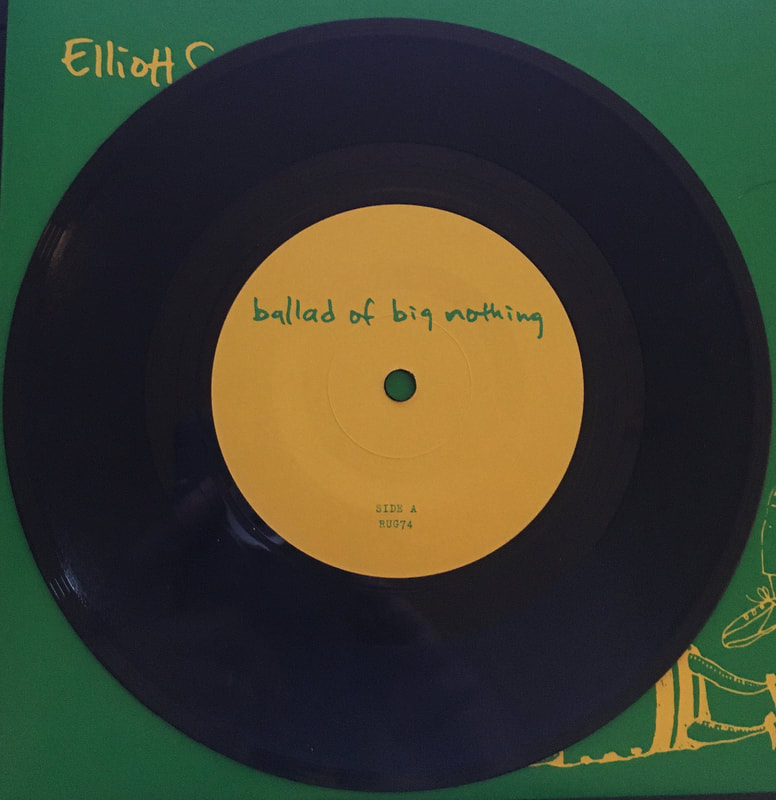 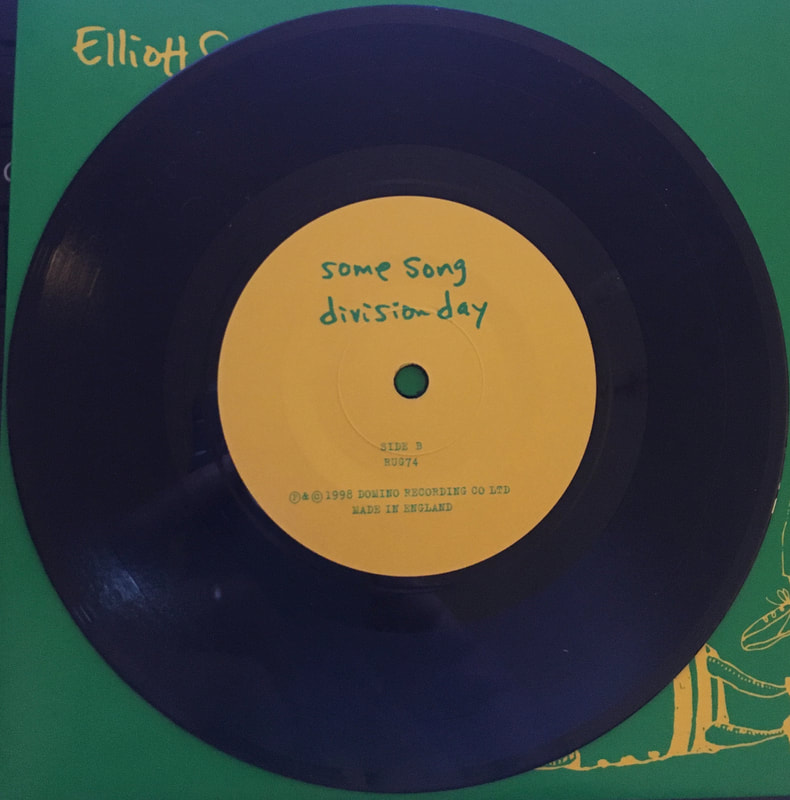 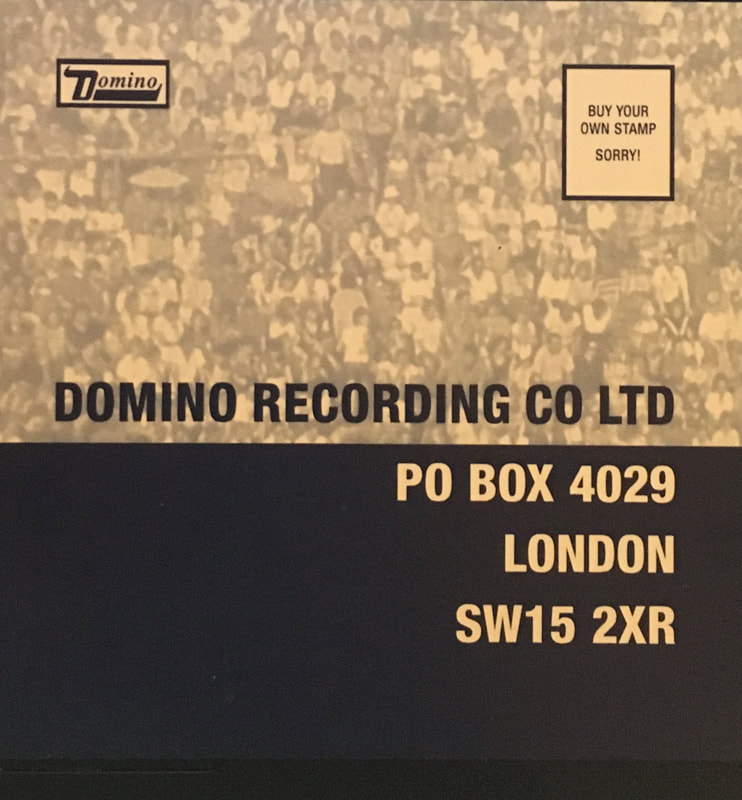 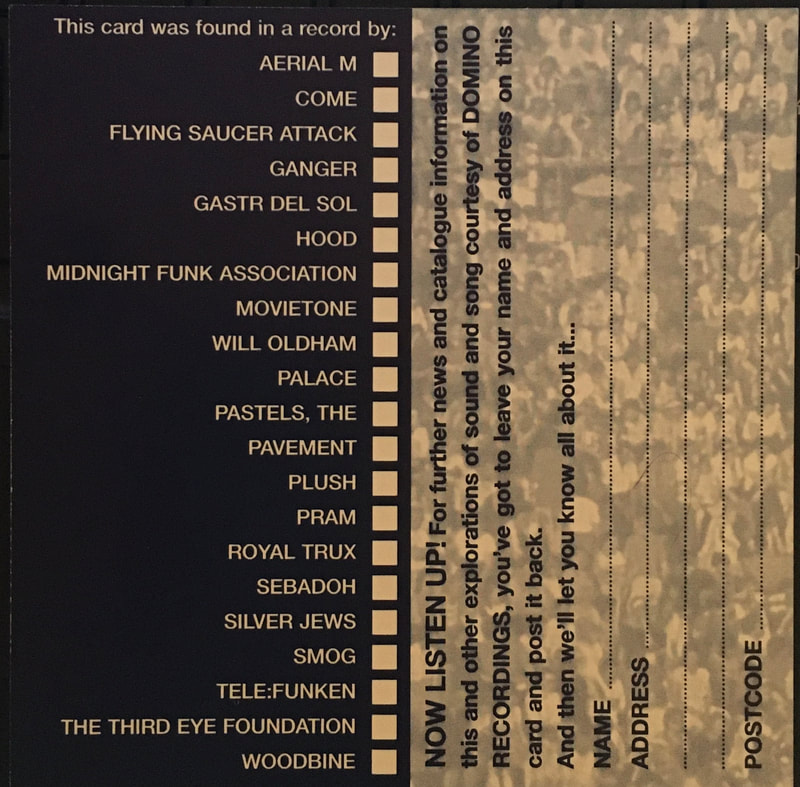 Apparently the test pressing for the 7" single, whose entry is above, was actually on a 12" record. The exact wording on Discogs about this release is: "Test pressing with a 7" cut on a 12" platter - 10 copies manufactured by Domino Records (UK)". Much more info needed on this pressing. 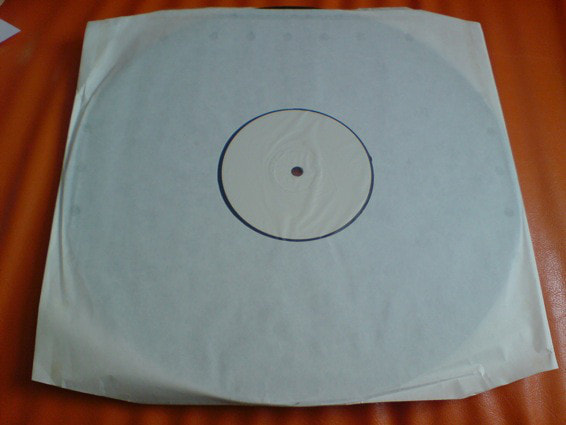 Ballad of BIg Nothing was reissued on 7" in 2010 in order to promote the Introduction to Elliott Smith compilation. The artwork for this single uses the same photo as that compilation. It has only two songs, Ballad of Big Nothing and Division Day, omitting Some Song which was on the original 7" pressing. This pressing is also hand numbered and limited to 500 copies. Barcode according to Discogs is 5034202138174. 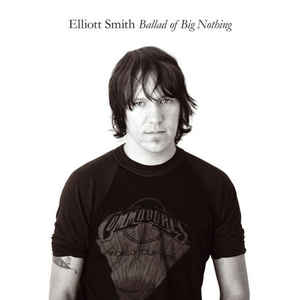 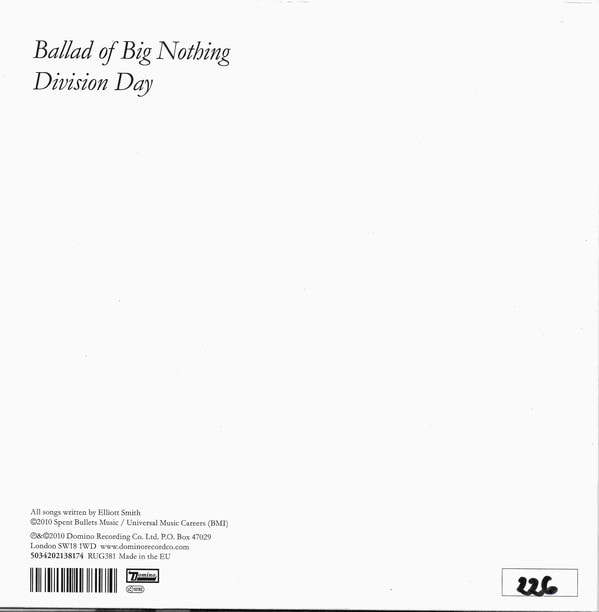 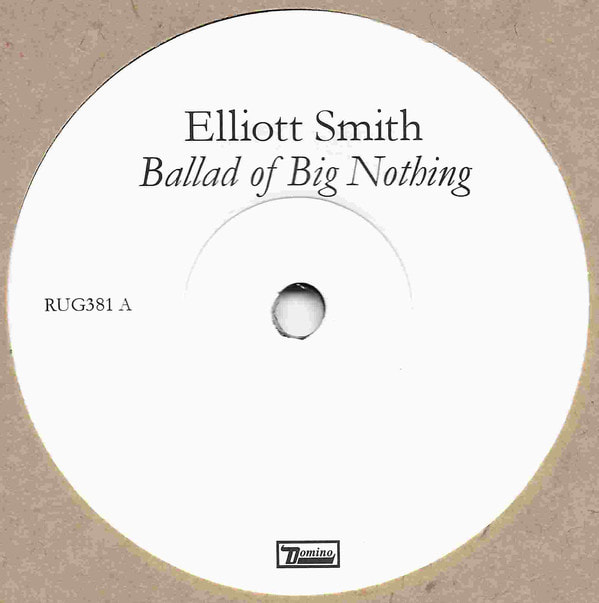 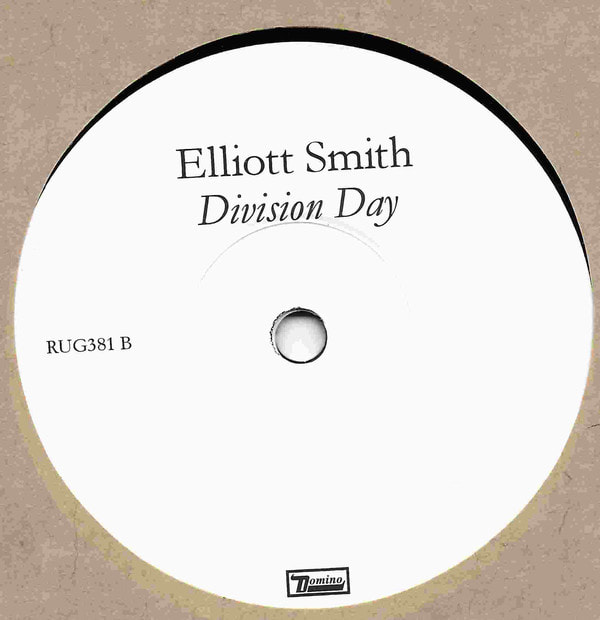 The original release of Ballad of Big Nothing had this CD single in addition to the 7" single. It comes in a standard jewel case. And it adds the song Angeles which is not on the 7". The artwork is basically the same as the 7" version. It comes with just a two panel (front/back) front insert. The back part of that front insert is the same drawing as the back cover but without any of the words from the back cover. Barcode/matrix info (apparently two variants) according to Discogs: 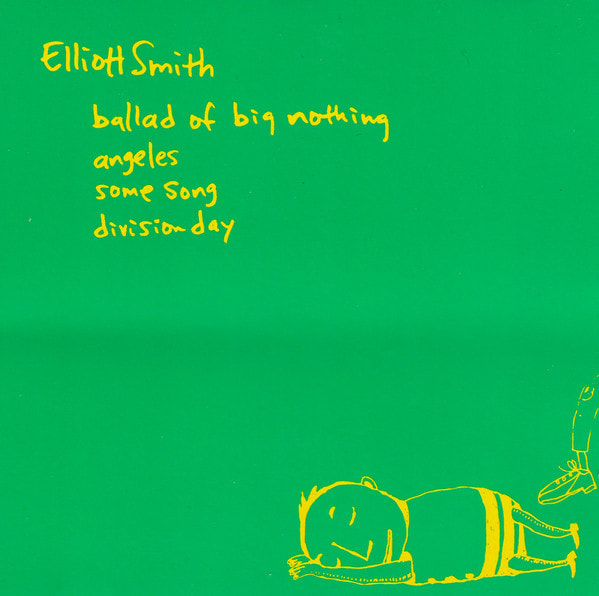 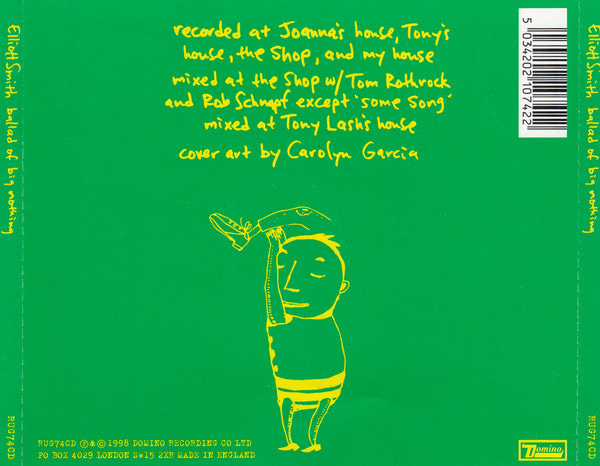 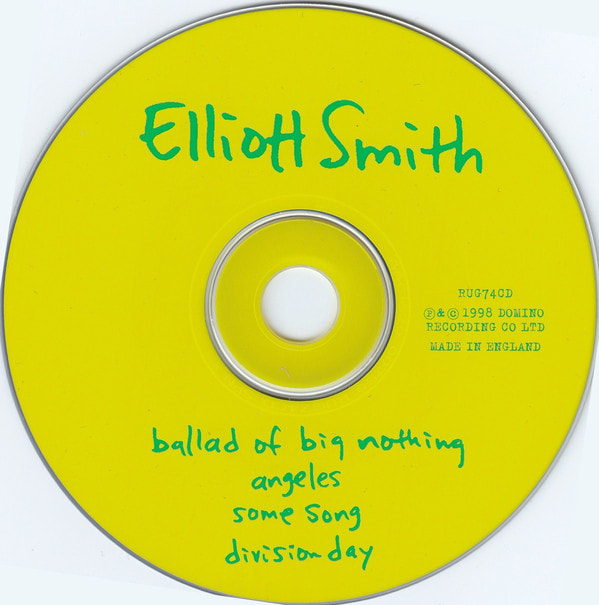 This is a promo CD for the original CD single (see entry above). It contains the same four songs as the commercial CD single release. It comes in a standard jewel case with no front cover. There is a back insert with the very basic information about the release (see photos below). At least some copies have a sticker on the front jewel case stating the release date and hyping the new single following his recent UK tour. 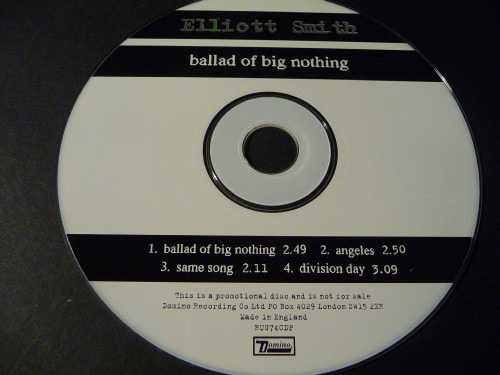 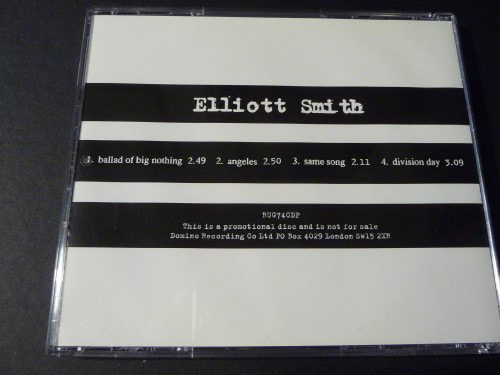 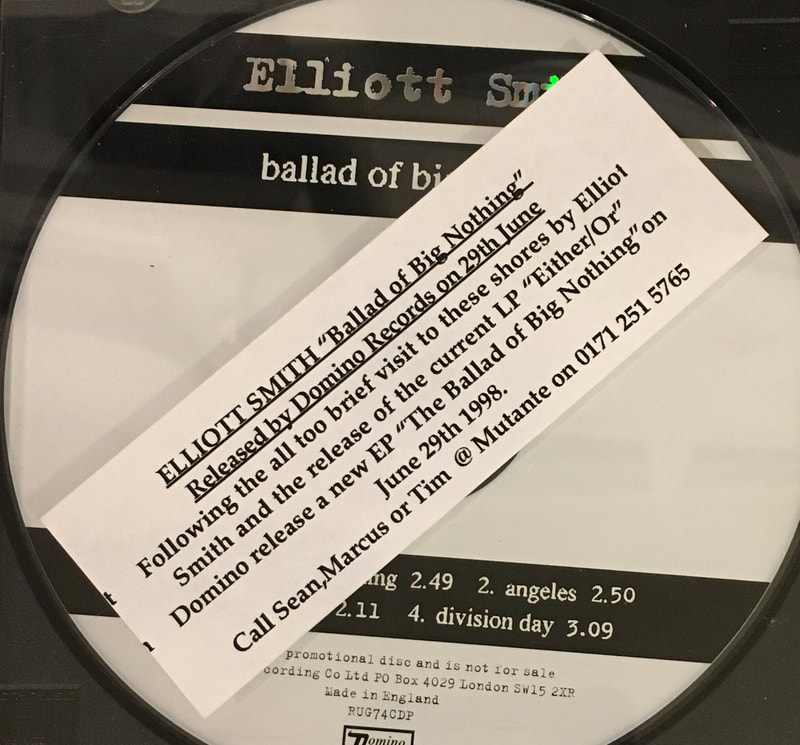 This is a promo CD for the 2010 reissue 7" of Ballad of Big Nothing. This promo comes in a slimline jewel case and uses the same photo as the reissue 7". It is a one track promo with just Ballad of Big Nothing on it. The front cover adds a strip on the left side that mentions it being a promo copy and not for sale. The back of the insert is very plain white with just the song title and songwriting/publishing credits at the bottom.

Some photos taken from discogs.com.. 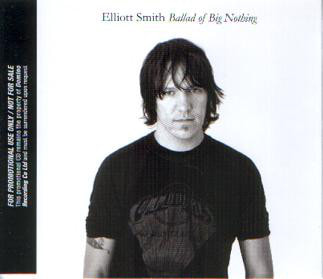 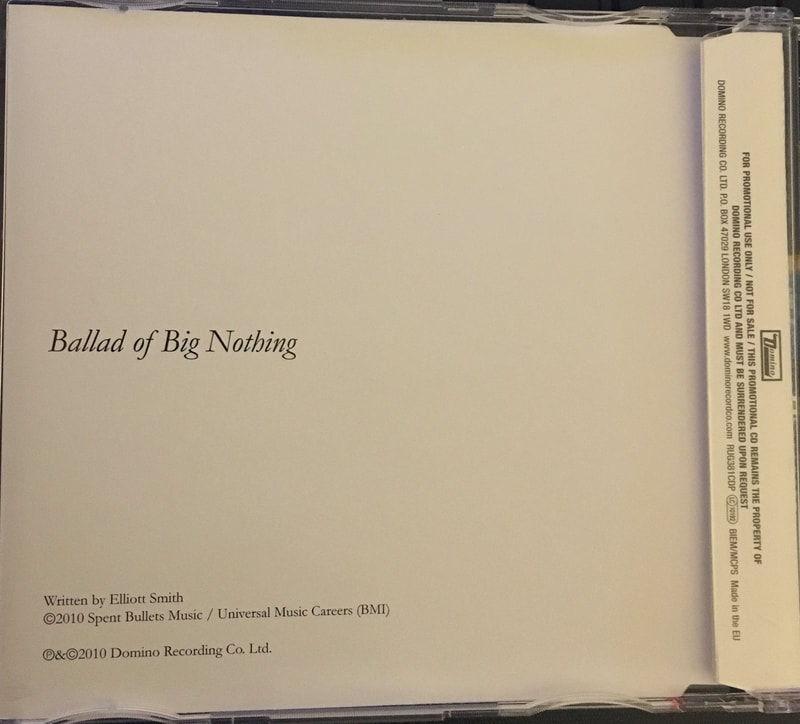 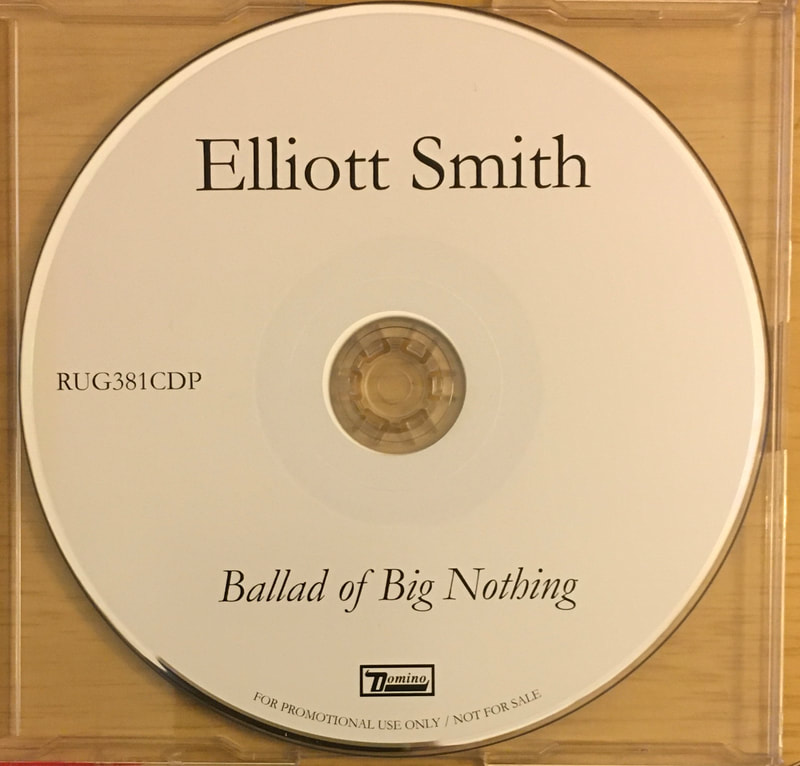