****Most of the info for this release is taken from alphabet-town.com, thanks to them.****

This was the fourth and final cassette released by Stranger Than Fiction. It was self-released.

- There is a video on YouTube that has this version of The Real Estate. A solo Elliott version of this song is on the Live From Nowhere Near Here Volume 2 CD.

- There is a video on YouTube that plays the audio of Asleep.

Photo of cassette art taken from a YouTube video 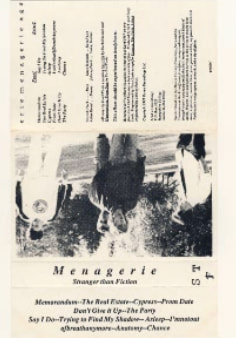