This is the first cassette from Elliott's high school band called Stranger Than Fiction. It was self-released by the band. The band consisted of Elliott Smith, Garrick Duckler, and Jason Hornick.

According to the liner notes of the cassette, this album was recorded, mixed, and produced by Stranger Than Fiction from June 26-July 18, 1985 at Woofbark Sound. More information from the liner notes are below.

Stranger than Fiction on this cassette was:

Violin on Halfway to Forever and Pull Me Through by Sara Harris. Vocals on It Was a Sunny Day by Garrick Duckler.  The person responsible for the drums is Ed Luther Kassier.

Cover drawn by Glynnis Fawkes
​
Thanks to Cam (and the person who sent them to him) for the photos. 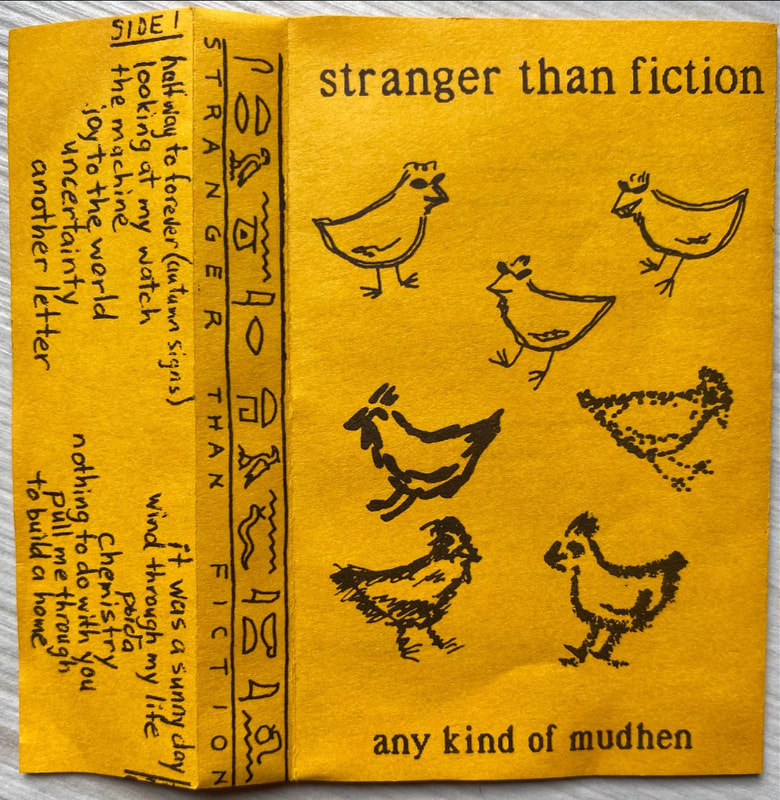 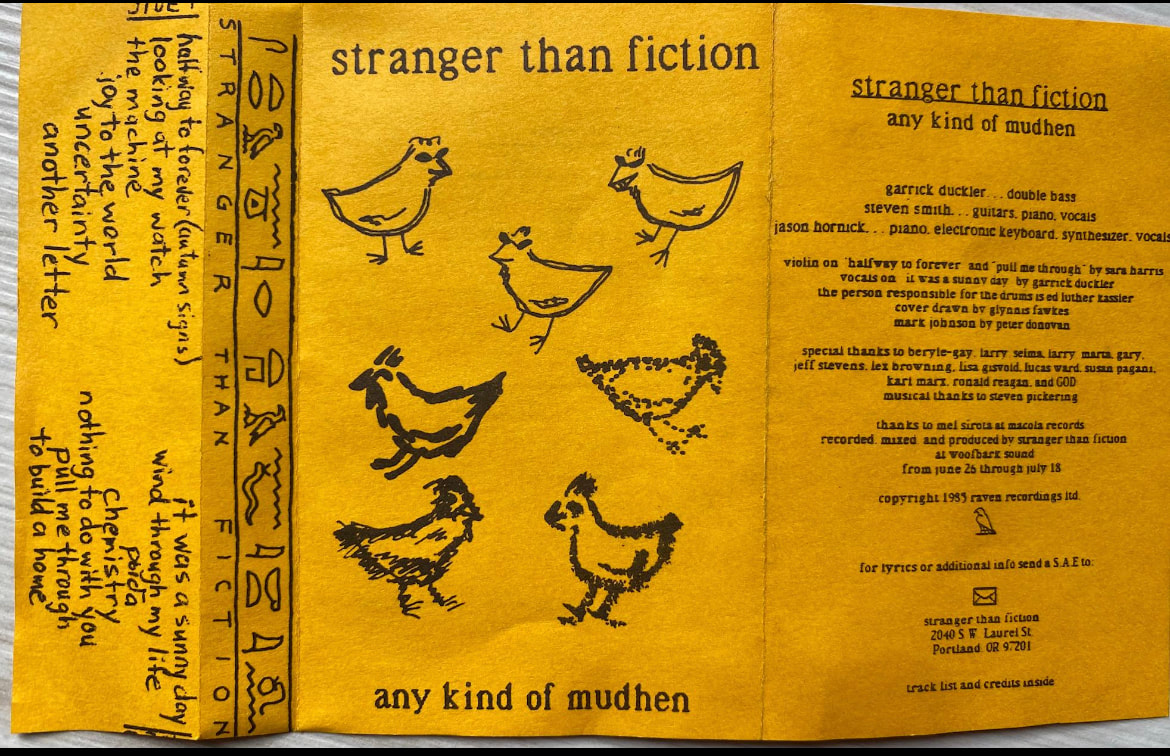 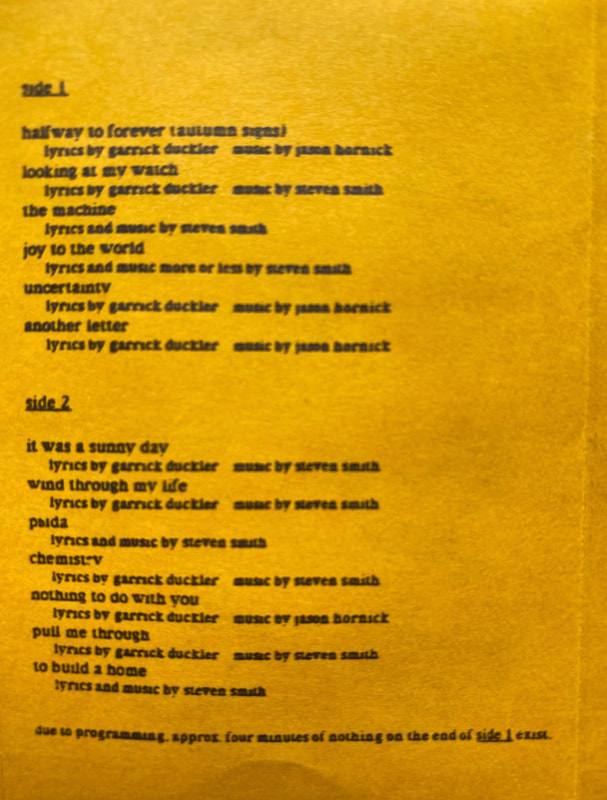 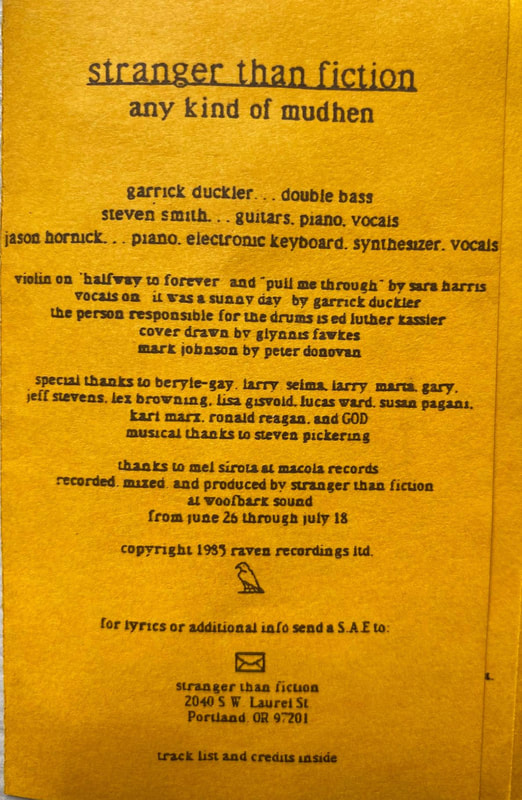 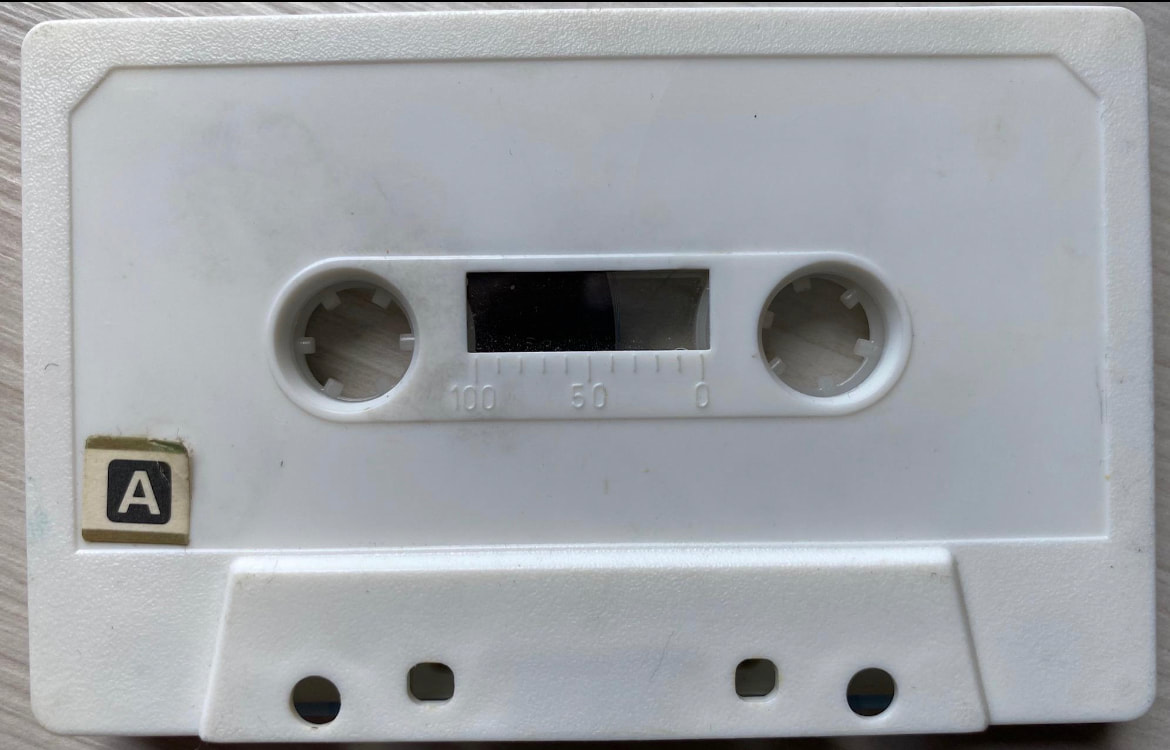 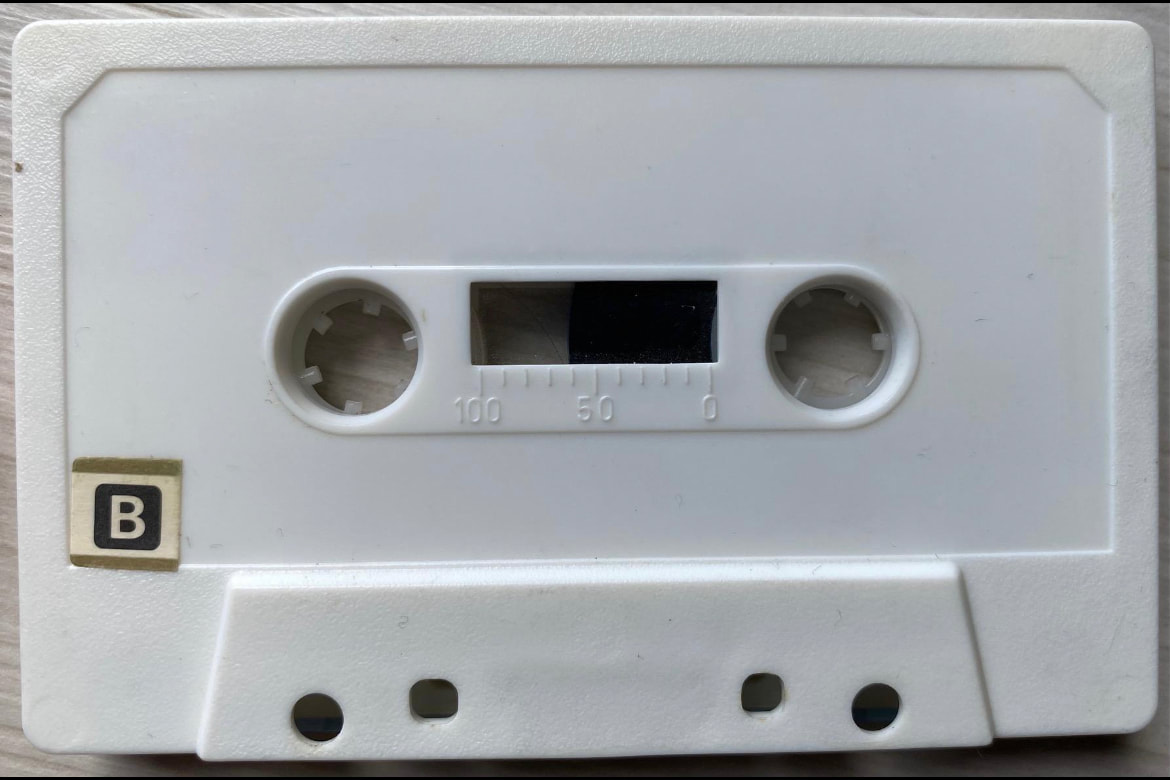