This was the only cassette put out by Elliott's band called Harum Scarum. It was self-released. The band was Elliott Smith, Garrick Duckler, Jason Hornick, and Tony Lash.

- This Bed is an early version of Blue Mood, a solo song Elliott performed live one time.

- Catholic is an early version of Everybody Cares, Everybody Understands. 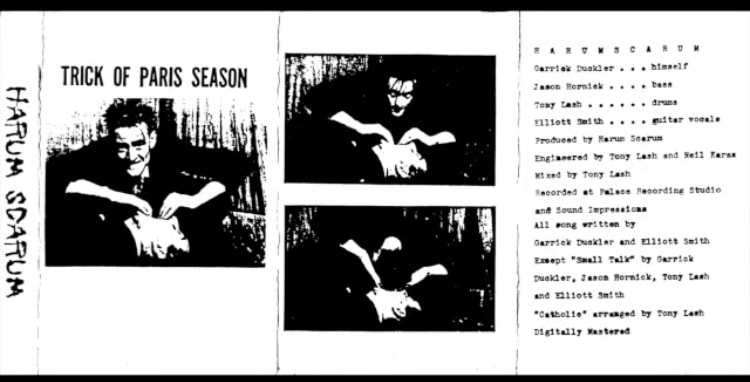