The Music of Heatmiser

This six song cassette was self-released by Heatmiser. Photography by JJ Gonson. It was released sometime in 1992. Discogs has a date of March 30 but that's probably not correct since it also says that it was recorded April 29 and 30, 1992. It was available at Heatmiser shows and through mail order.

It was produced by Heatmiser and recorded April 29-30, 1992 at Sound Impressions in Milwaukie, Oregon.  It was engineered by Bob Stark (if I can read the liner notes correctly) and mixed by Tony Lash. It was digitally mastered at Super Duper. 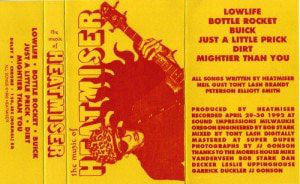 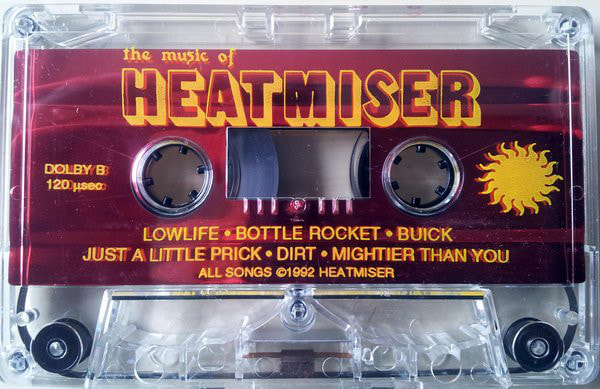