Back to Main Page
Tracklist:

This is the one cassette put out by Eliott's band called A Murder of Crows. It was self-released. This band was Elliott and Garrick Duckler. Elliott went by the name Elliott Stillwater-Rotter.

According to the cassette liner notes:

- All words by Garrick Duckler. All music by Elliott Stillwater-Rotter.

- Produced by A Murder of Crows, Mark Johnson, and Tony Lash.

- Recorded at Plastic Cactus studio in June, July, August of 1988.

- Colin Oldham is listed as playing cello on Chinatown. And Garric Duckler as voice on Maritime Blue (so Elliott is voice on everything else I think?)

The entire album has been leaked on to YouTube. 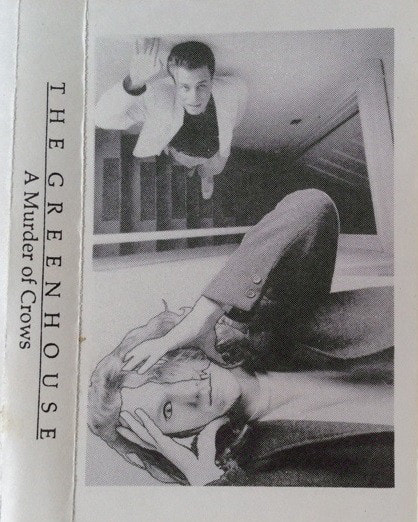 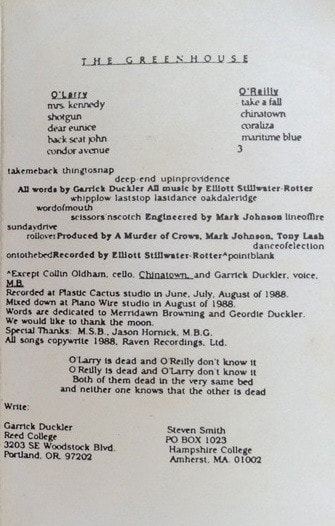