Early 1994 - recording of cop and speeder

According to an archived page of the Alphabet Town site, the Heatmiser album Cop and Speeder was recorded from January through June 1994 in three different recording sessions. I don't see any more details than that but I'm not sure if there's any other info I'm missing since that site isn't actually online anymore. If you have more detailed information about the recording, please let me know.

The liner notes of the album (see photo below) state that it was recorded at Musicraft, City Lights, and White Horse Studios. So that seems to account for the three sessions mentioned above.

According to the liner notes of the album:

For additonal photos and info on different pressings for Cop and Speeder, see the release page further down on this timeline and also the Cop and Speeder page on the main discography. 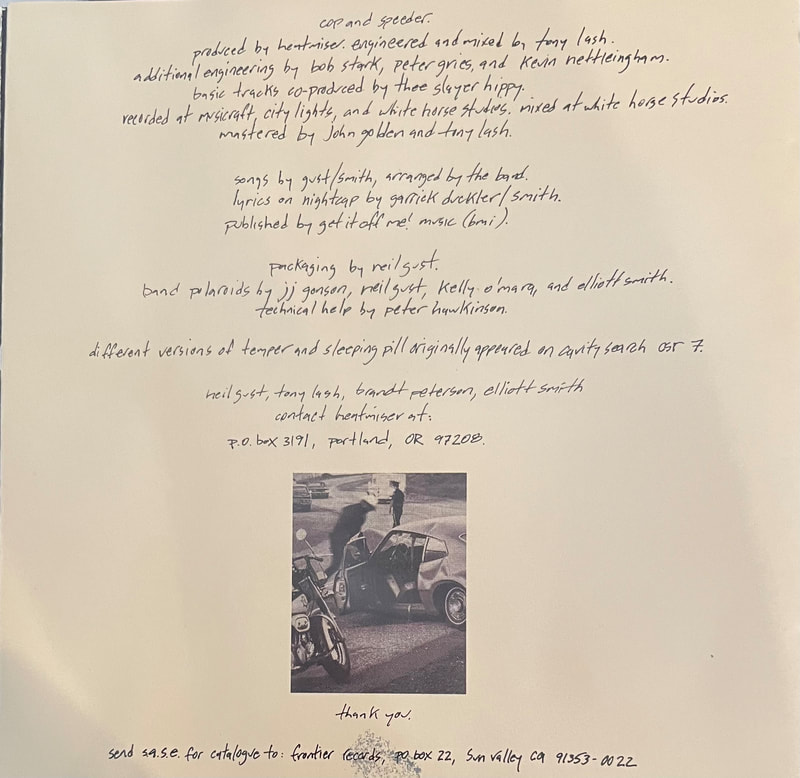