9/20/94 - Cop and speeder released and spudboys at la luna in portland, or

Cop and Speeder, the second album by Heatmiser, was released on 9/20/94 on Frontier Records. On that same date, Spudboys (the Devo tribute band) also played at La Luna.

First off, Cop and Speeder was released by Frontier on vinyl, cassette, and CD.

According to the liner notes of the album:

The album was later released on several different colors of vinyl along with a reissue of the cassette.  Some of the different pressings of the album are in the gallery below. More info on all the pressings can be found on the Cop and Speeder page of the main discography. 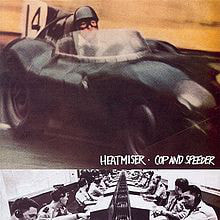 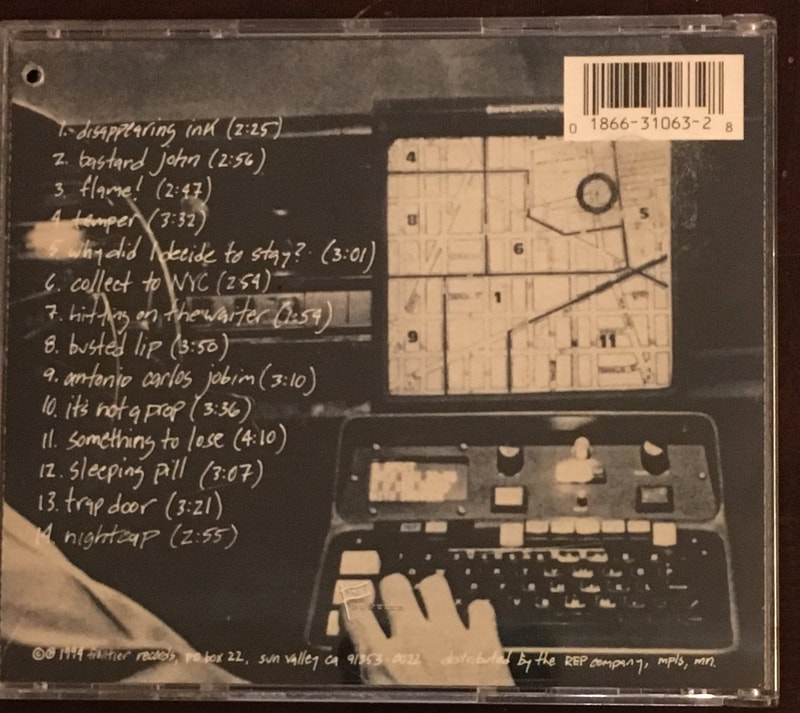 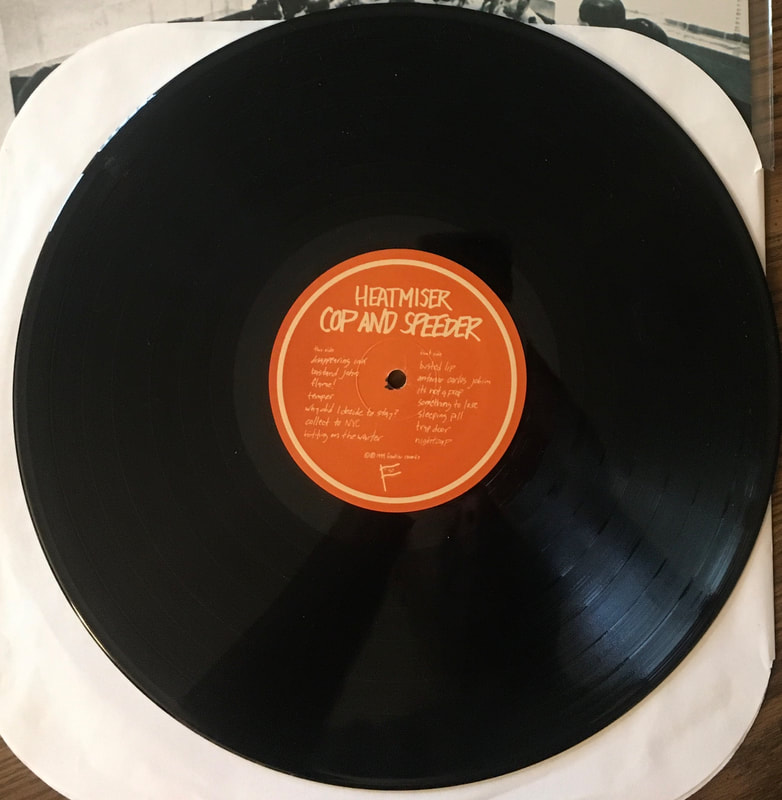 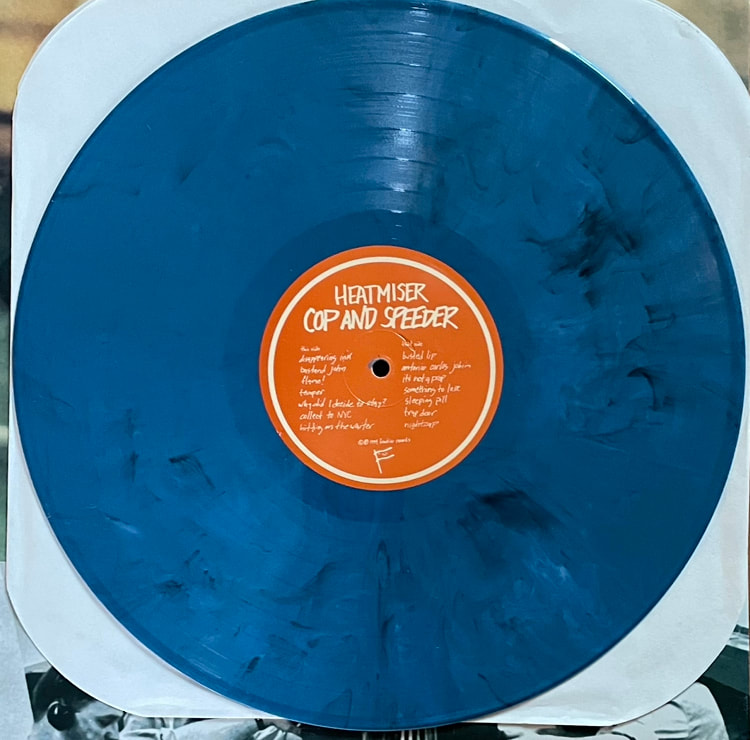 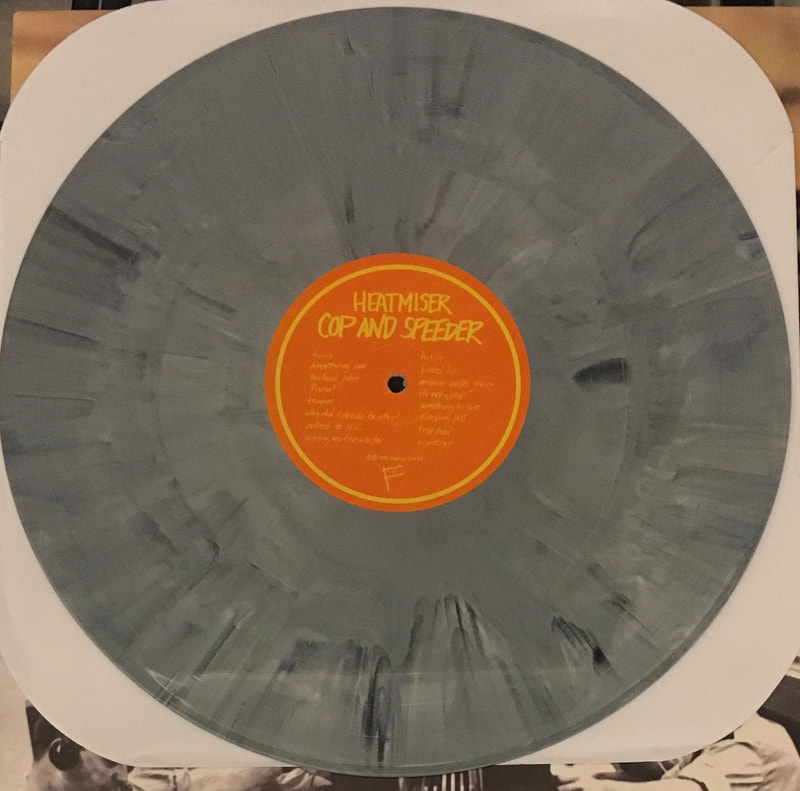 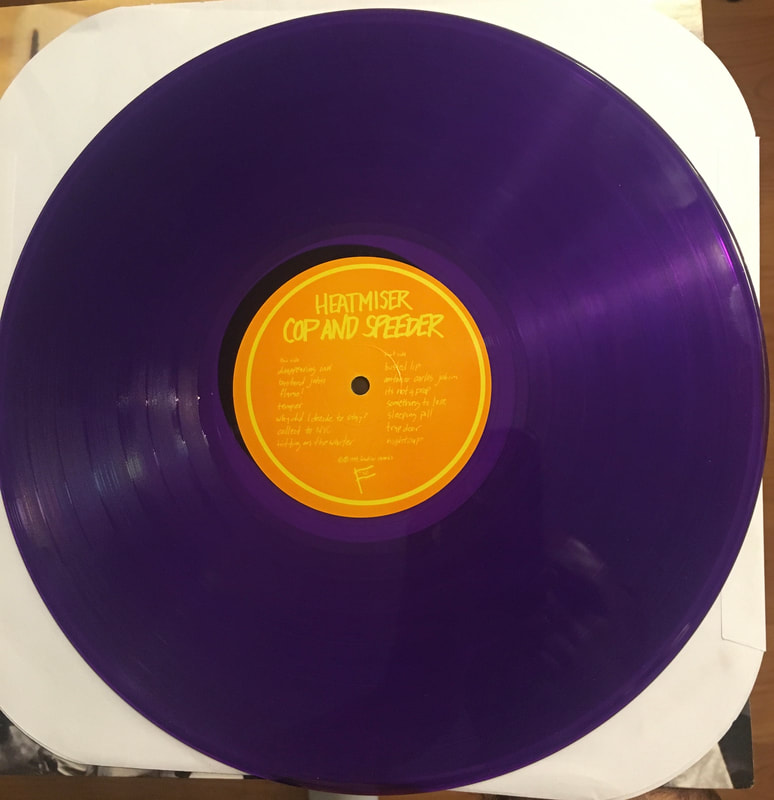 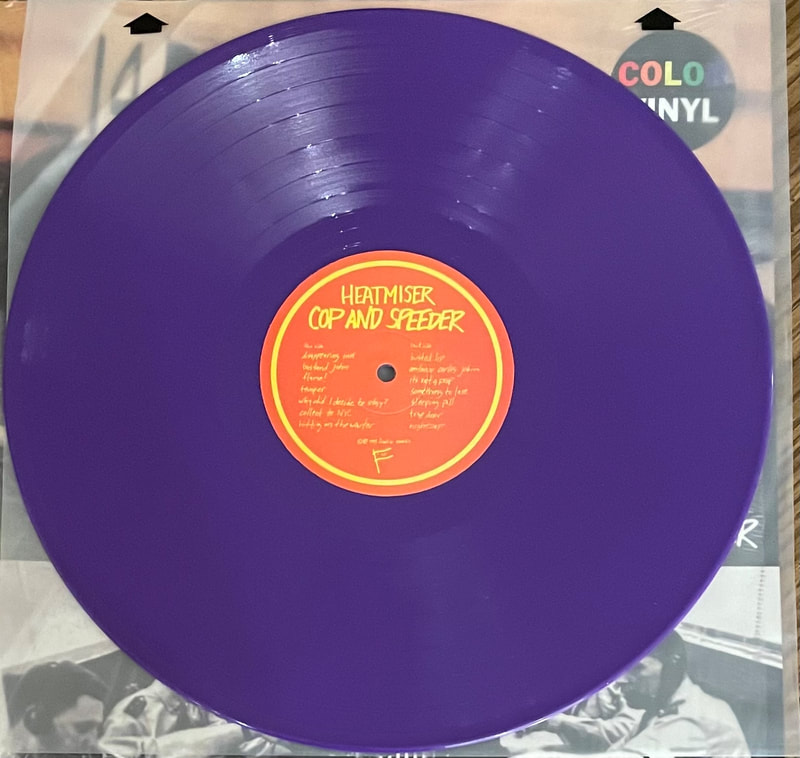 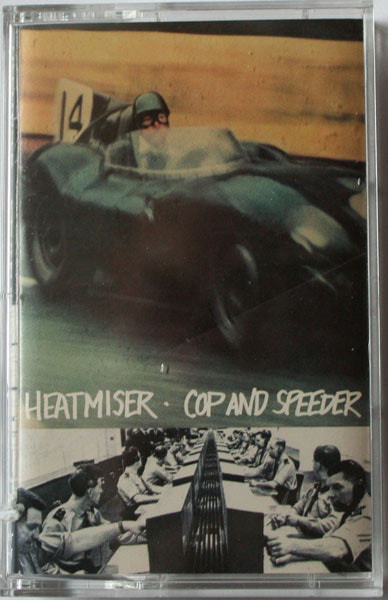 ​ Below are the following: review of Cop and Speeder from an unknown magazine (possibly Alternative Press), two very short reviews from the December 1994/January 1995 issue of Flipside along with an ad from that same issue. If the bigger photo below isn't clear, you should be able to click it and read it more clearly on my Flickr account. 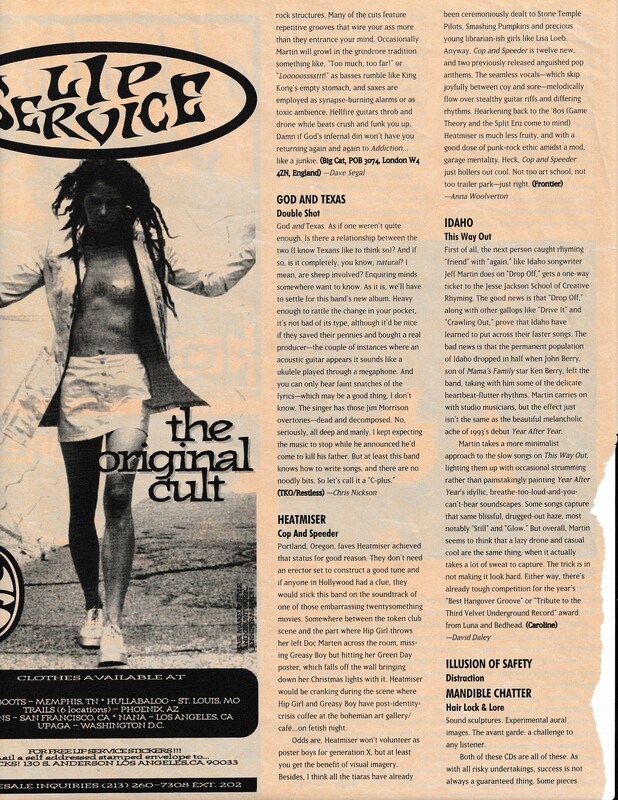 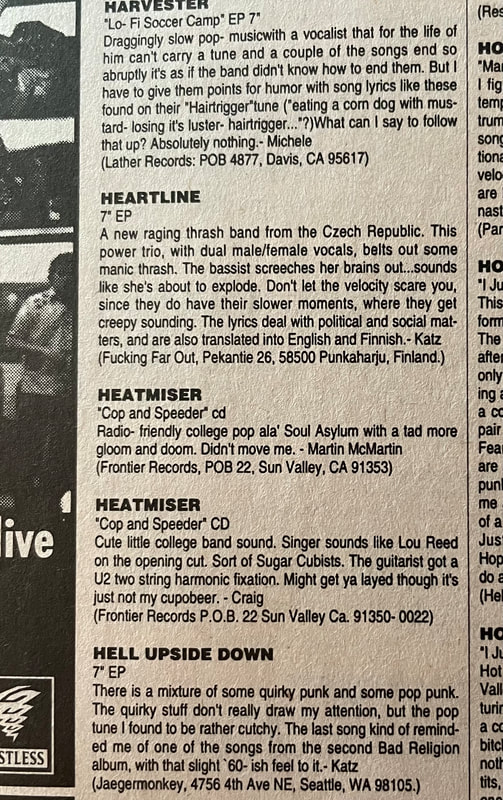 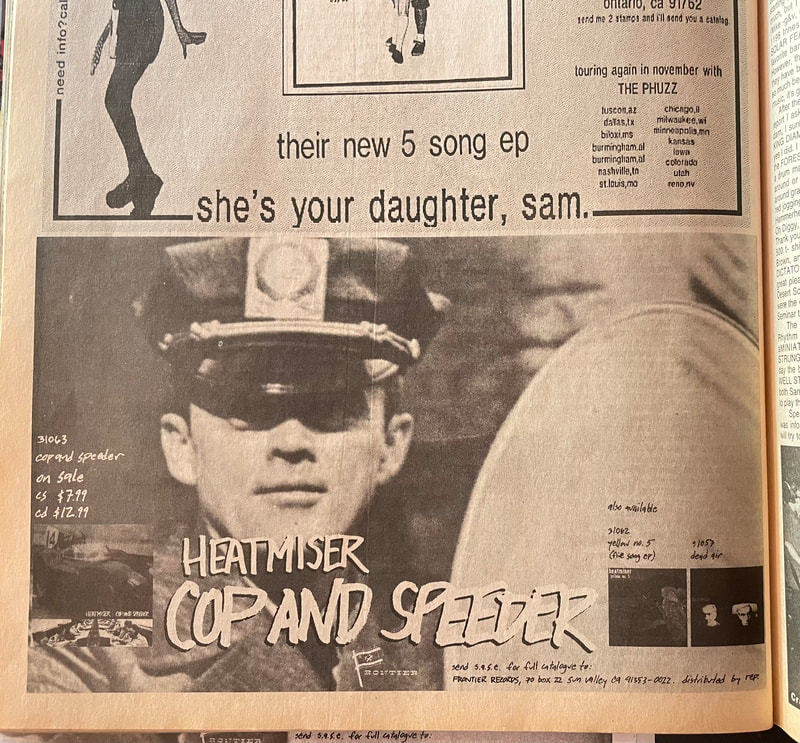 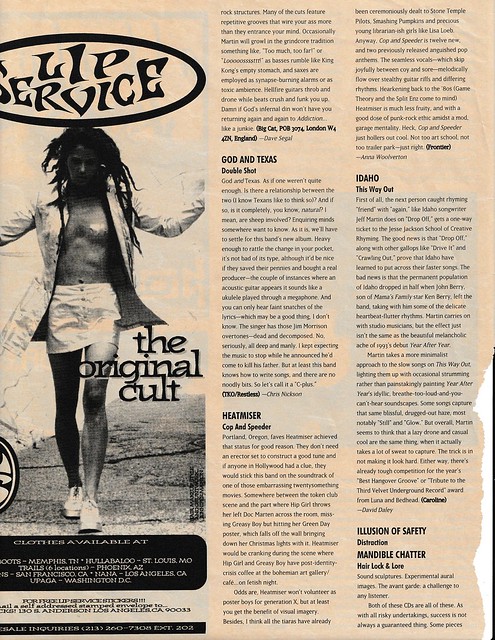 The music video for Why Did I Decide to Stay?, a song from the album, is below.

The other thing that happened on 9/20/94 was another show (at least the third) by Spudboys, the Devo tribute band featuring Elliott Smith, Sean Croghan, and others. The flyer below is from "pnwposters" on Instagram and was designed by  Dean-O. It does not state the year but it's believed to be 1994. The show was also with the bands Brothers "E" and Stupid Fuckerz. 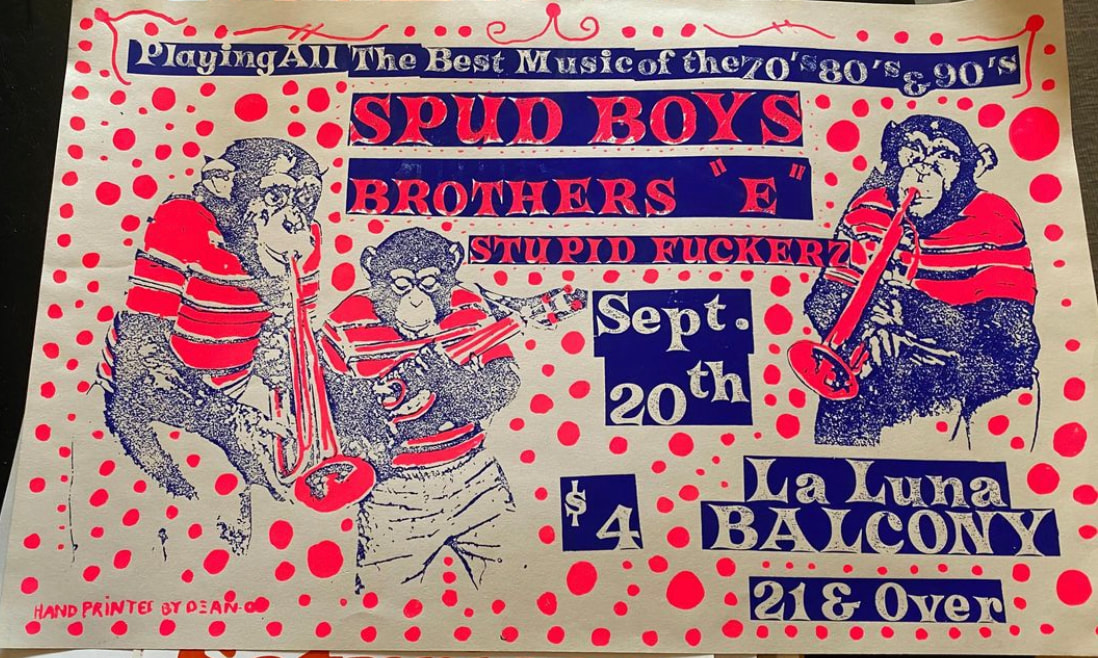