​The fourth Stranger Than Fiction cassette, called Menagerie, was released on an unknown date in 1987.

This was the fourth and final cassette released by Stranger Than Fiction. It was self-released. Elliott is listed as Johnny Panic on this cassette.

- According to the cassette liner notes, Stranger Than Fiction was:

- All songs by Duck/Panic except Say I Do by Duck/Hornick and Memorandum and Prom Date by  Fatback (maybe, it's hard to read)/Panic.

- Recorded at Woofbark in 1987. Produced by the band and Tony Lash except for Cypress, The Party, and Asleep engineered by Johnny Panic.

- Prom Date is an early version of Let's Turn the  Record Over.

-  A solo Elliott version of The Real Estate is on the Live From Nowhere Near Here Volume 2 CD.

Thanks to Cam for giving me the artwork for the cassette.
​

For more information on this release, go to the   Menagerie page.   Photo credits for the photos below are on the main page for this release. 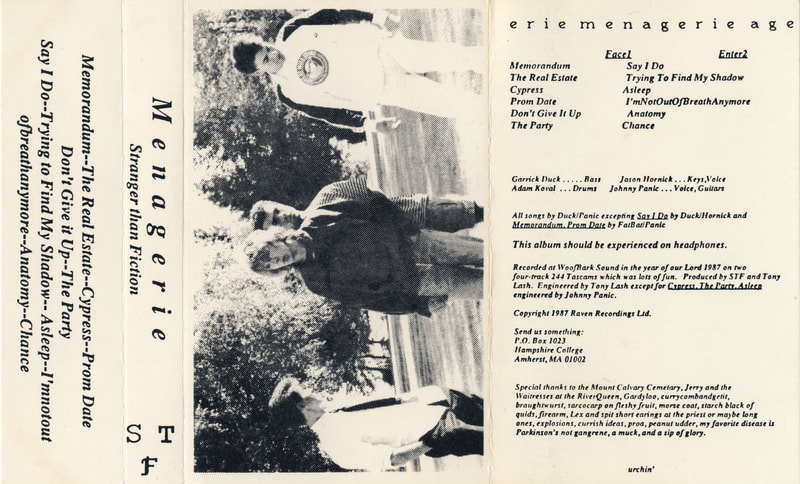